Monika and Virpi come from very different backgrounds. Virpi is from a small town in the Nordic country of Finland and Monika was born in Barcelona and raised in sunny San Diego.  The couple met through mutual friends while living in San Francisco—still one of their favorite cities in the world—when they both attended a St. Patrick’s Day brunch. Say the couple, “We still fondly refer to that as ‘the most expensive brunch of our lives’ due to the many bottles of champagne consumed.” That first interaction was platonic and they became friends.

“Over the course of the next year, our friendship evolved into something more. We just didn’t realize it. It wasn’t until a stranger pointed it out that we started talking about it. Guess we needed a little push!” Virpi and Monika were out with friends one night but both stayed behind to grab one more drink together when a stranger asked them about their relaitonship. Though they laughed and insisted they weren’t a couple, the mysterious man pushed them to discuss their feelings for each other. Says Virpi, “At one point the stranger asked us, “So, really, what’s going on between you two?” We just sat there in silence for a while, not making eye contact, until Monika responded, ‘Well … That’s something we haven’t talked about.’ That was the minute everything changed.”

Almost a year and a half later Virpi proposed to Monika on the beach in Santa Monica. Monika loves a picnic on the beach with Thai food and a bottle of red wine during sunset, so Virpi planned a proposal picnic complete with a photo album, “Our adventure book.” She also worked with a local wine maker to create a custom etched bottle of red wine to commemorate the day.

The brides planned a classic wedding with a cozy warmth and family feel. Monika’s father escorted both women down the aisle to “You and Me” by You+Me. Their two close friends wrote and officiated the ceremony.

First Dance: “Just the Two of Us” by Bill Withers.

Monika’s Favorite Moment: “Our first look. I had seen Virpi’s dress when she bought it, but seeing her as a bride on the day of our wedding … she was magic. I felt like my heart was going to explode from the emotion that struck me.”

Virpi’s Favorite Moment: “I have to say that it was the first look as well. I stood and waited for Monika to walk over to me and tap on my shoulder. I’m in awe of her beauty every single day, but when I turned around that day and saw her I immediately burst into tears. I think it was a combination of her classic beauty, the love that I feel for her, and the amazing, emotional intensity of the day.”

The brides also say that if they had to pick another favorite moment it was right after they were pronounced wife & wife. “We had a moment alone after the ceremony where we could just enjoy being married. It was amazing.”

The brides also had one of Virpi’s tattoo artist friends, Scott Sylvia of BlackHeart Tattoo create a custom tattoo and logo for the wedding with their new last name incorporated into the design. “It was one of our favorite things we got done for the wedding, and our guests were able to see the design in coasters, stickers, the photo booth, and our after party t-shirts.”

Virpi and Monika say their day was perfect. “Sounds cheesy but it really is almost an understatement. It was a beautiful, unforgettable day and truly reflected who we are as individuals.” 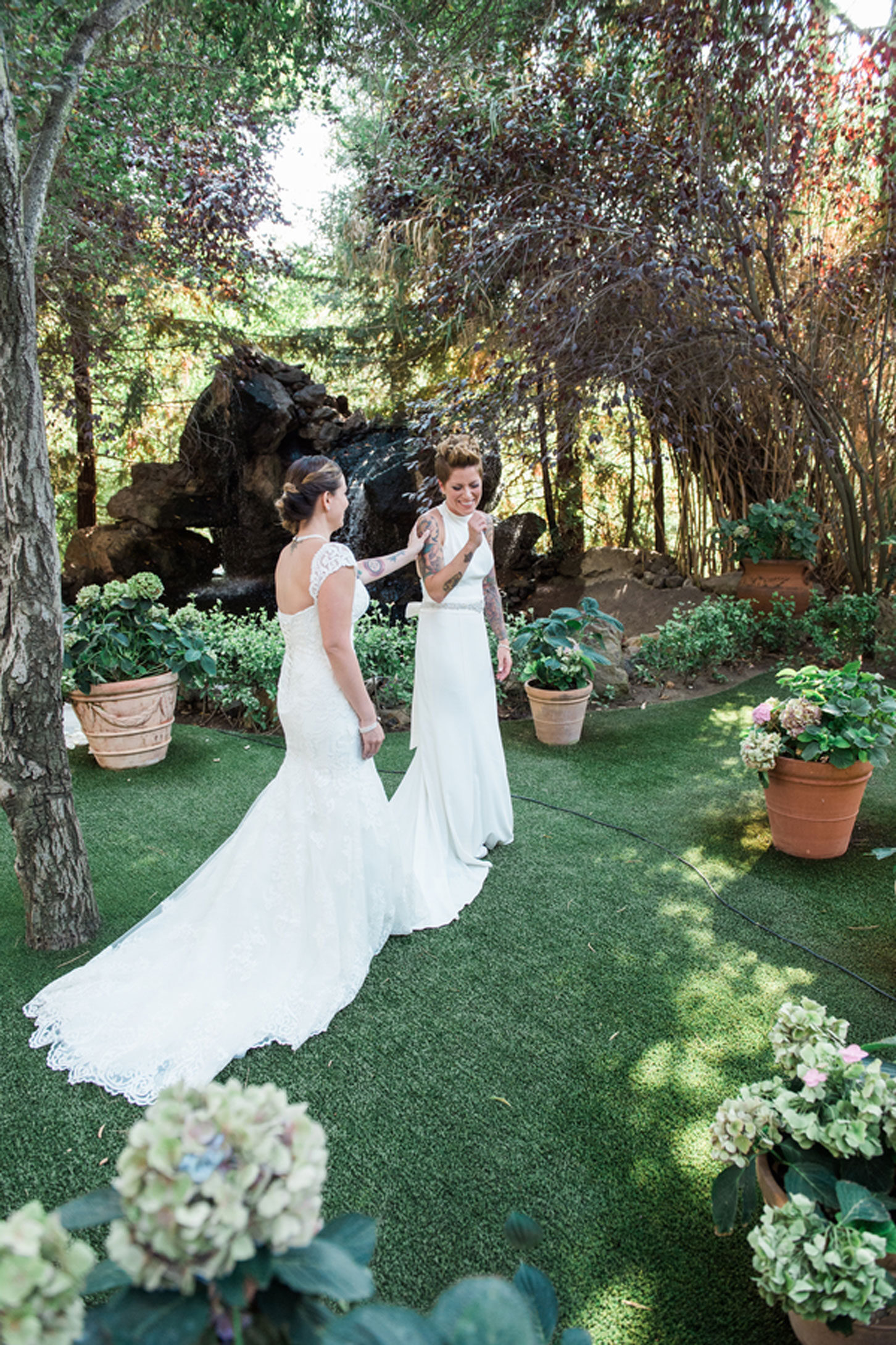 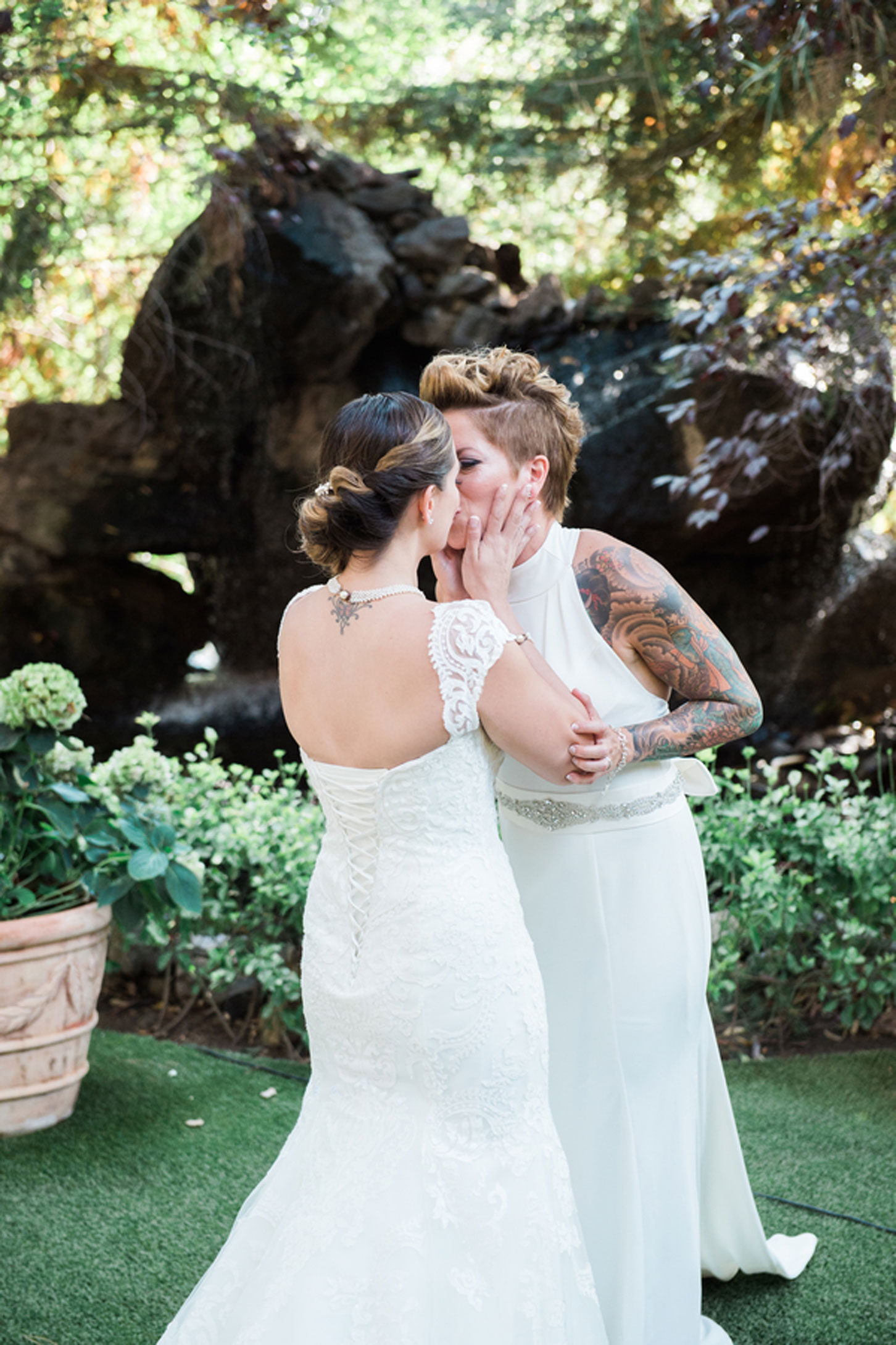 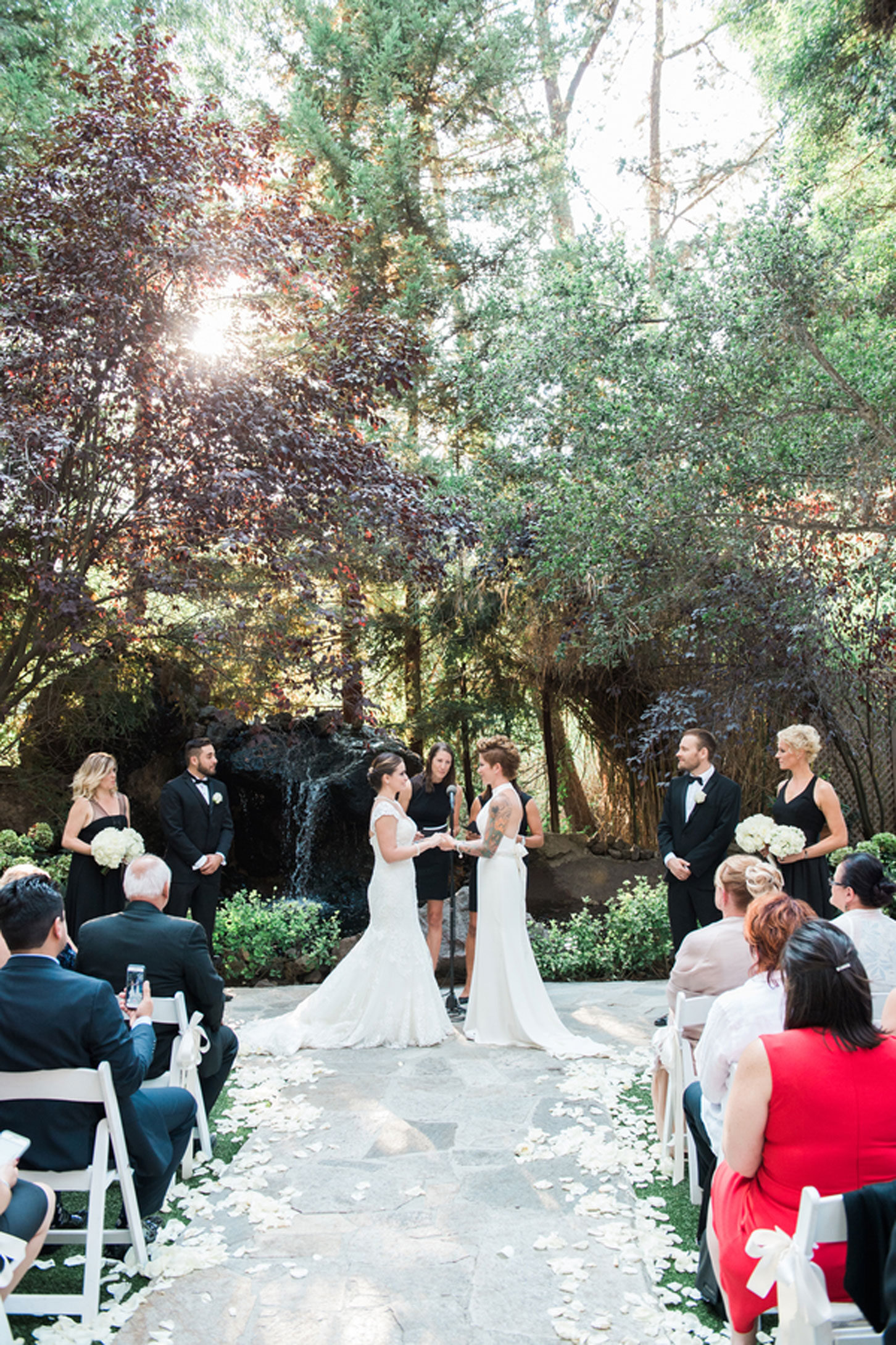 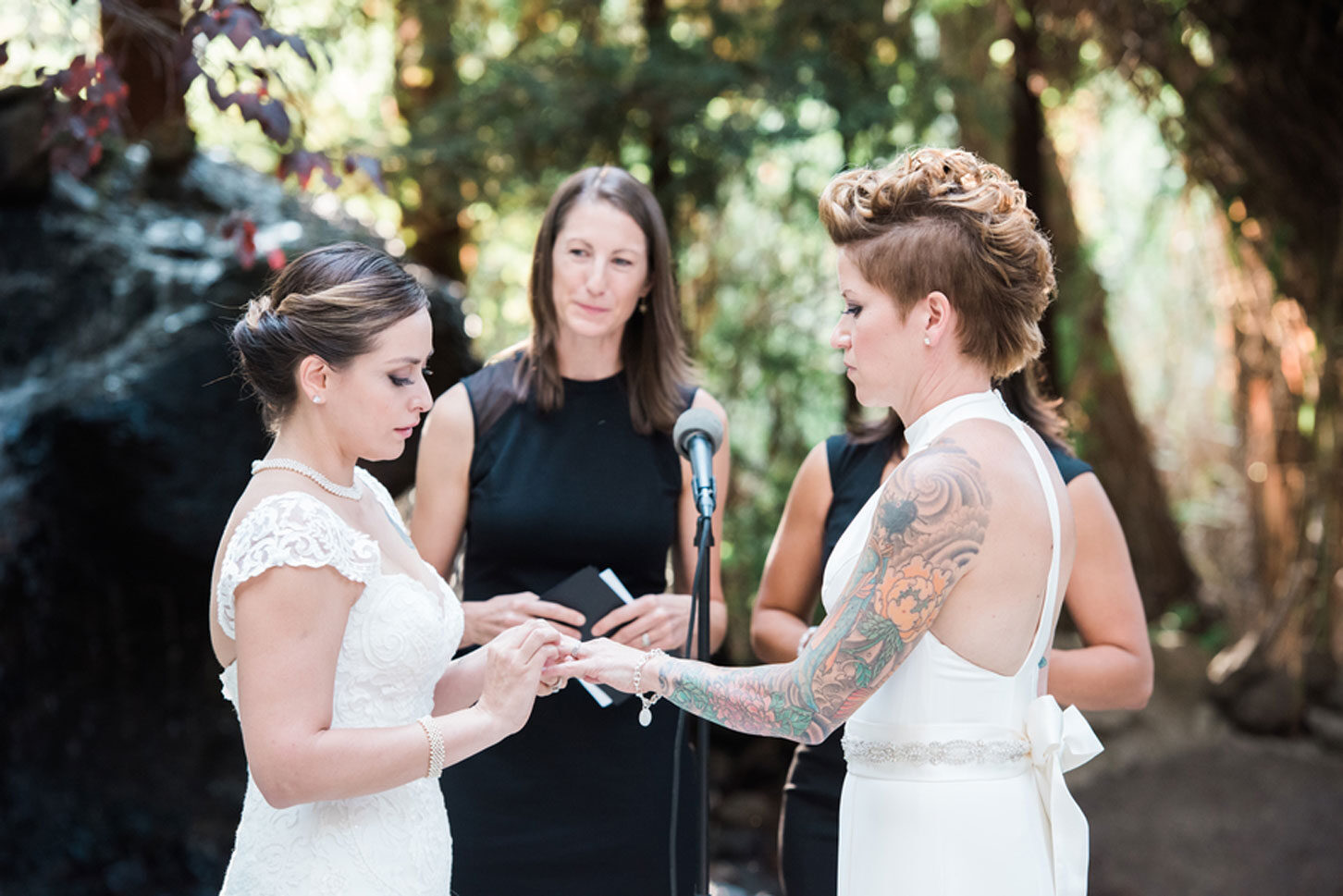 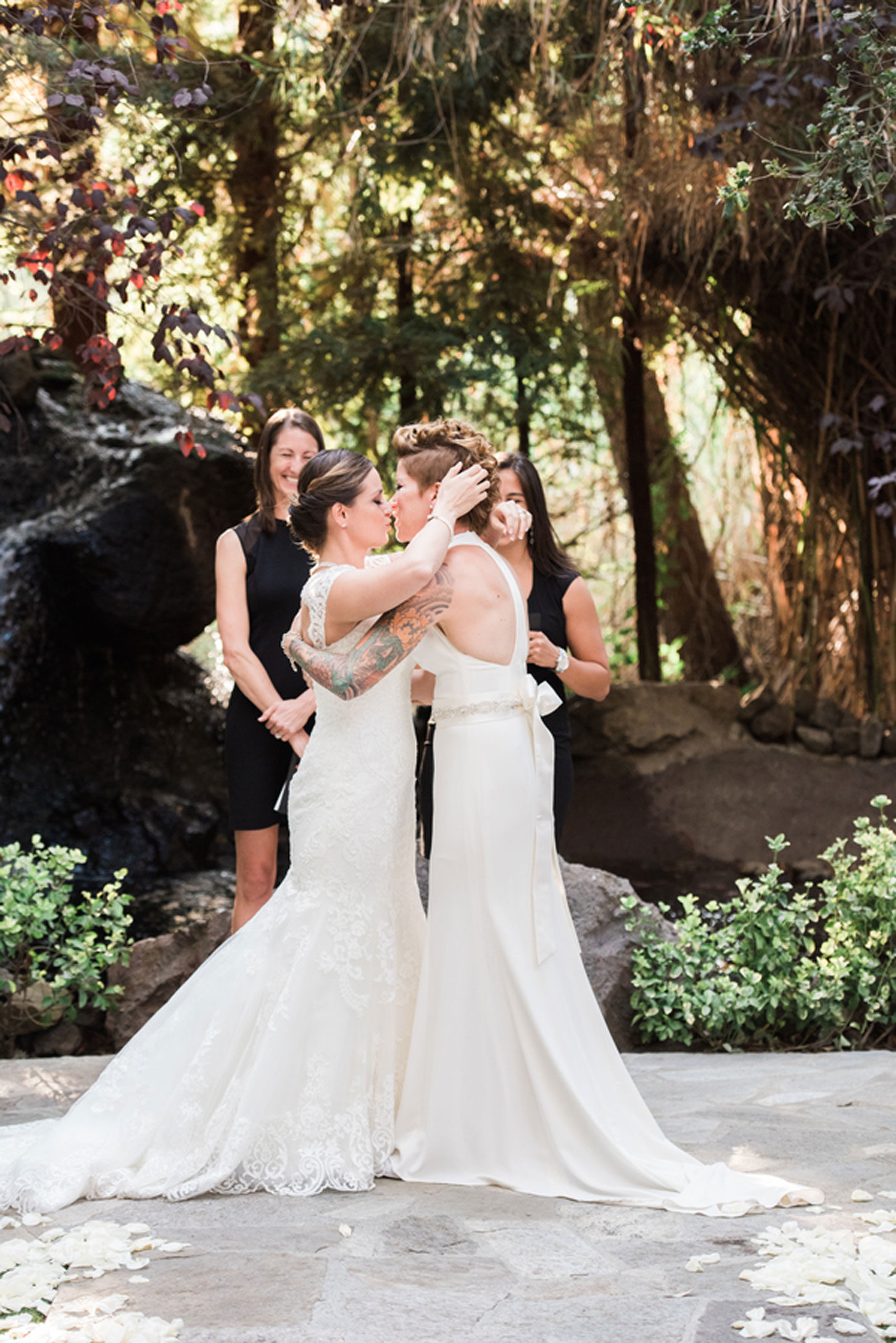 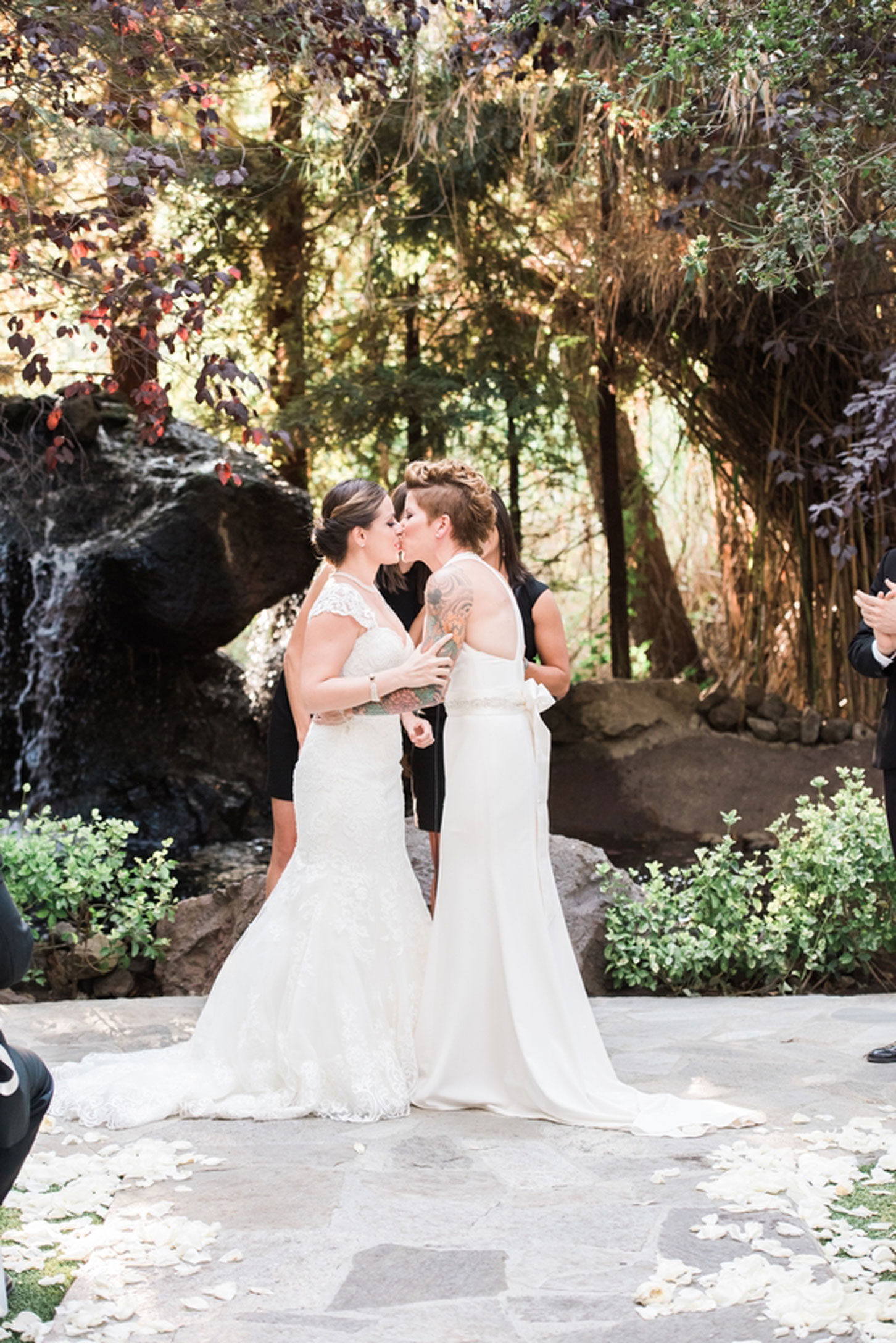 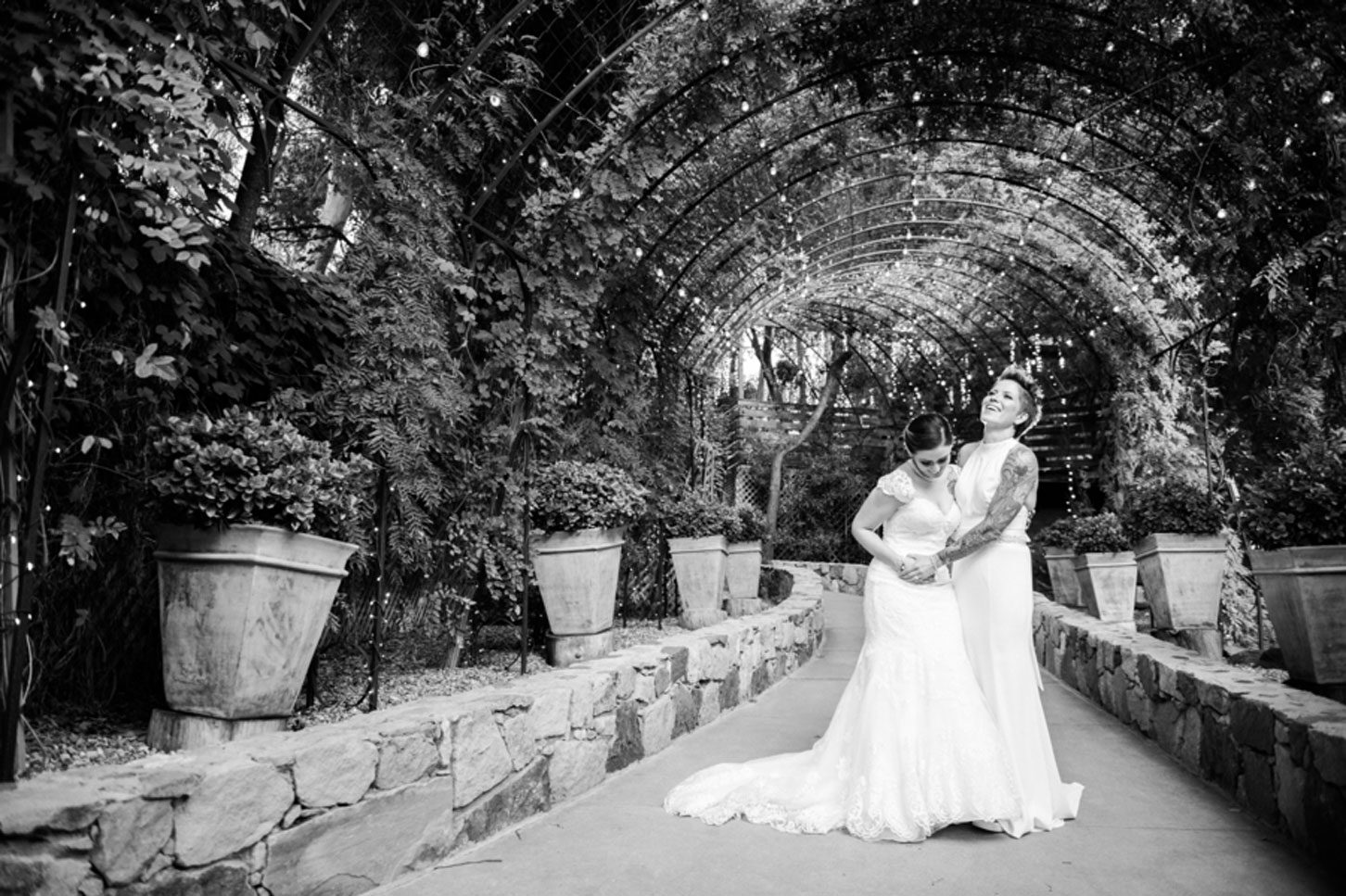 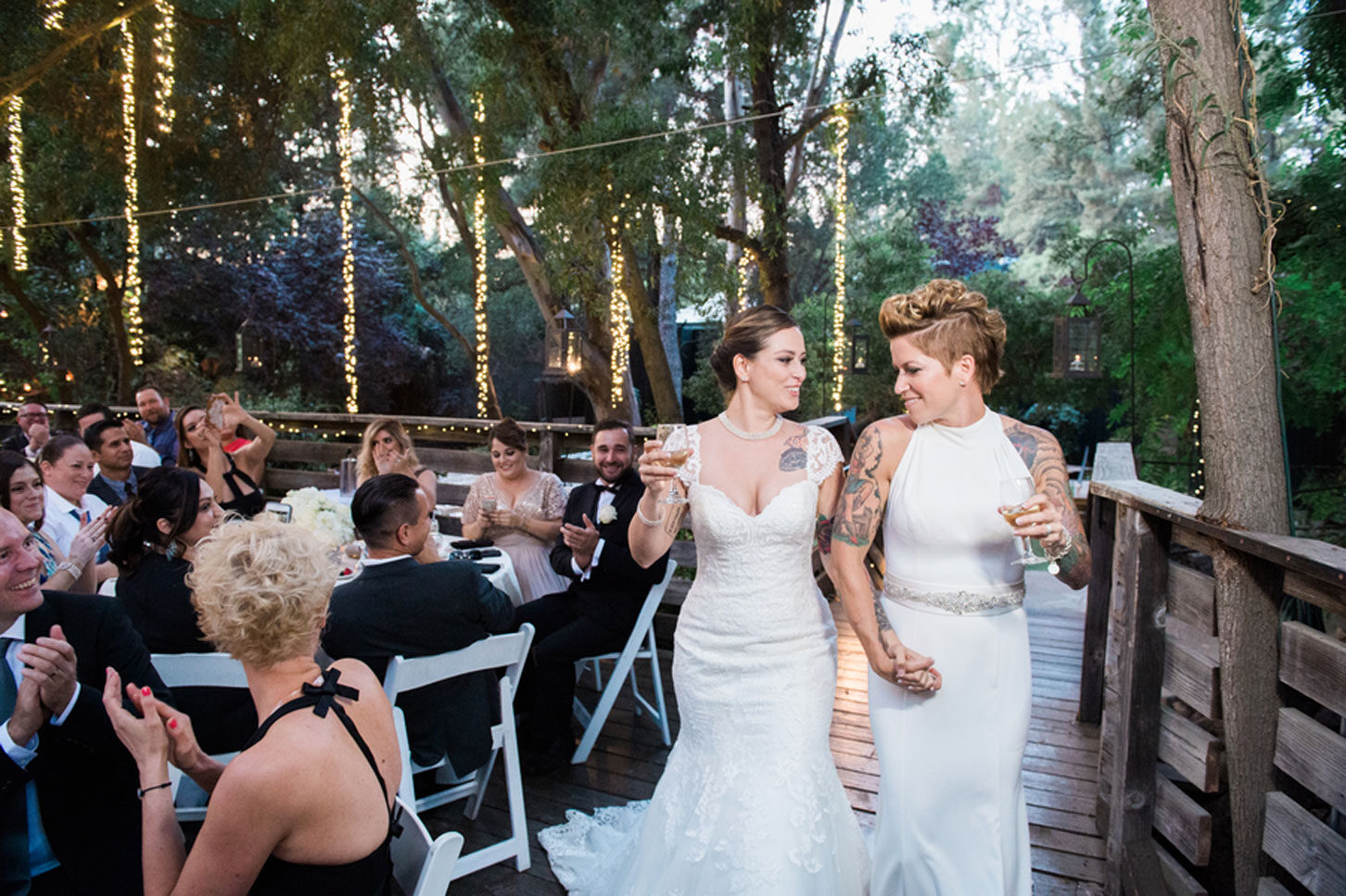 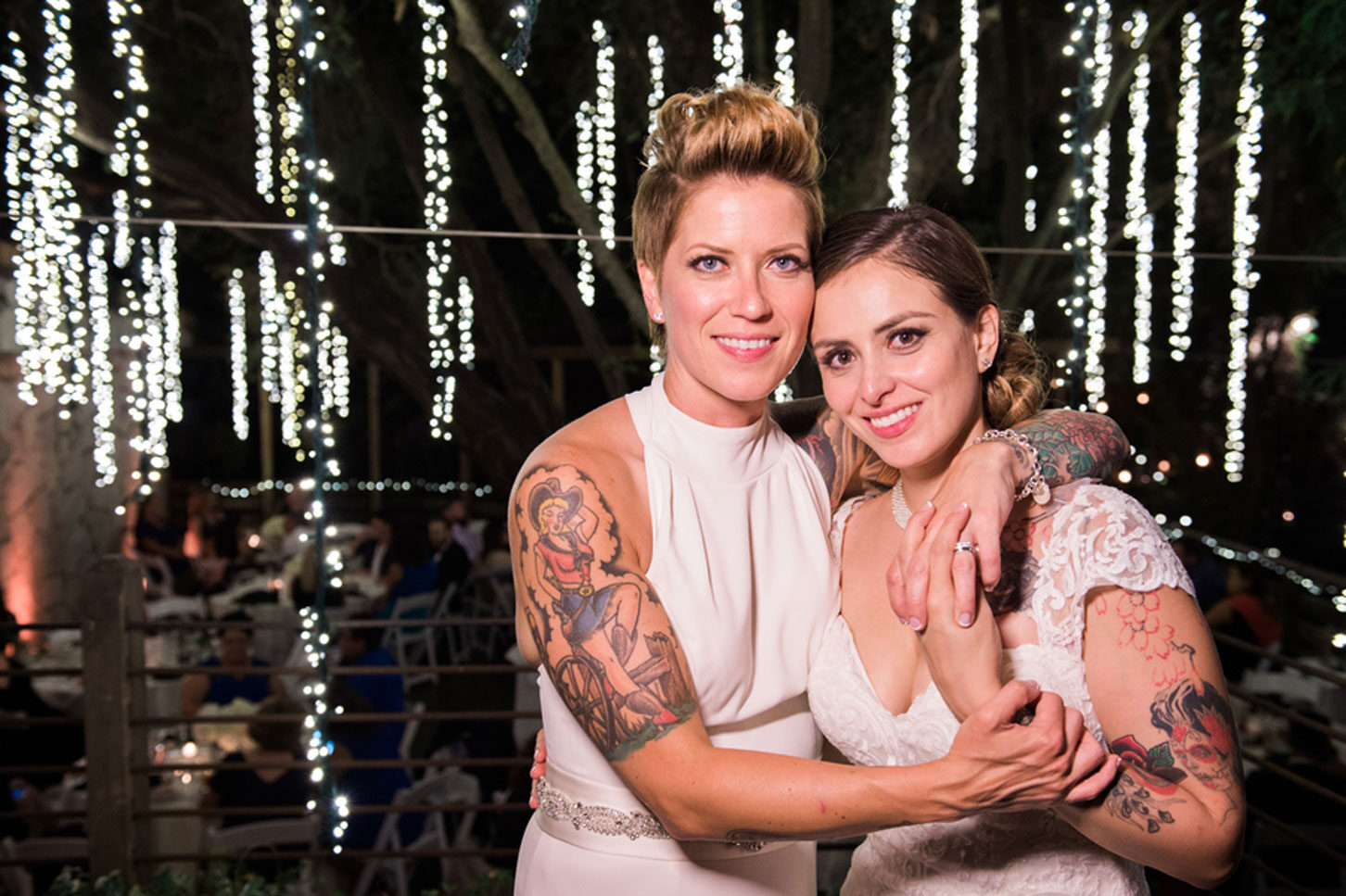 December 13th 2014 Chicago, Illinois Robyn & Michelle met in 2009. There was an instant attraction, but the timing wasn’t right. The two decided to focus on building a strong friendship

Sorority sweethearts Julie & Stacey share their waterfront proposal story that ended with a surprise engagement party. The Scheming: Julie: In June 2014, after an amazing two-week European adventure through