Chelsie and Ashley met while Ashley was in Illinois visiting a friend. Tinder, they say, is what brought them together. Their long distance relationship brought them closer through constant communication and phone conversations, and their initial bond strengthened.

Ashley: Whenever Chelsie and I talked about marriage being in our future, I always told her, “Just make sure that when you propose, someone is there to take a picture of that moment.” Not only did she make sure someone was there to do that, she had a professional photographer capture the greatest moment of my life so far … and I didn’t suspect a thing!

Chelsie: I was full of excitement as I started planning every detail of this special day.

Ashley: Her mom and sister’s family were coming to visit us for the first time. Since her sister has two young boys, Chelsie told me she thought it would be a good idea to get family photos done by the lake while they were here. I thought this was a great idea.

Chelsie: Trying to color coordinate everyone’s outfits was a difficult task, but it turned out perfectly in the end. My nerves started to get a little frazzled a few days before the big day as I shared my plan with coworkers. After all, this was such a huge step in our lives. The day finally arrived and everything went as planned.

Ashley: On the day of the photos, we brought along some old books to use as props.  While were were taking photos, Chelsie motioned for me to look her way. I glanced over and she had a book opened. In the book was a ring box. She had cut the pages so that the box fit perfectly inside. When I saw it, I was overwhelmed with shock, joy, love, and excitement. She removed the box from the book, opened it, and through tears asked me to marry her. Of course I said “yes” to the love of my life. I am so happy to be planning the start of our forever!

Chelsie: I surprised myself when tears started rolling down my face as I uttered the words, “Will you marry me?” I felt like we were the only two people in the entire universe at that moment. After she said yes, everything started coming back into focus and my mother ran over to us and gave us huge hugs. I was so lucky to have some of the people that I love the most as witnesses.

The brides will be married on August 5th 2017. Images by Shannon Z Photography. 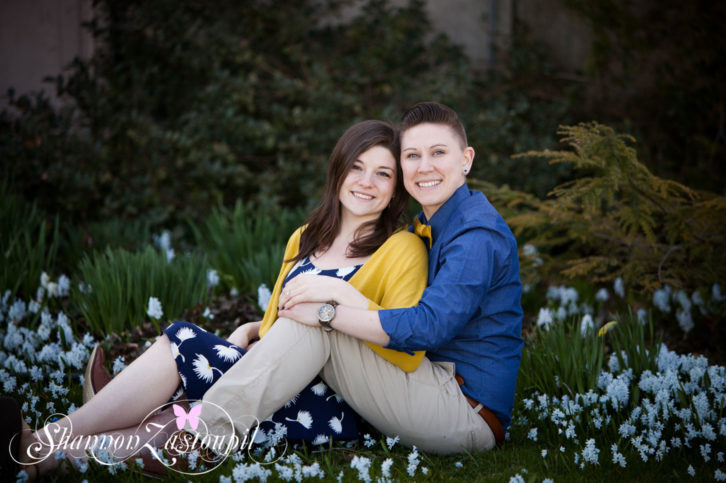 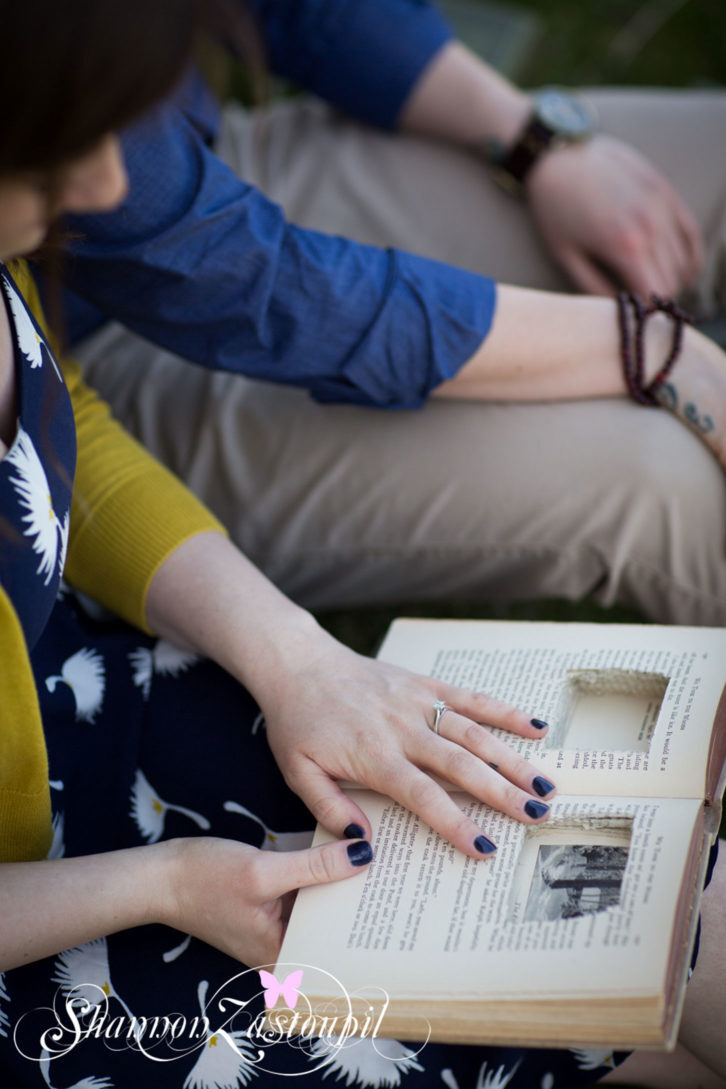 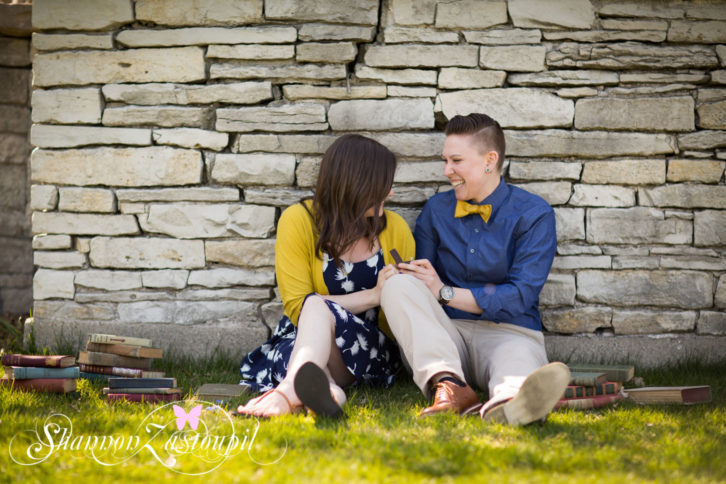 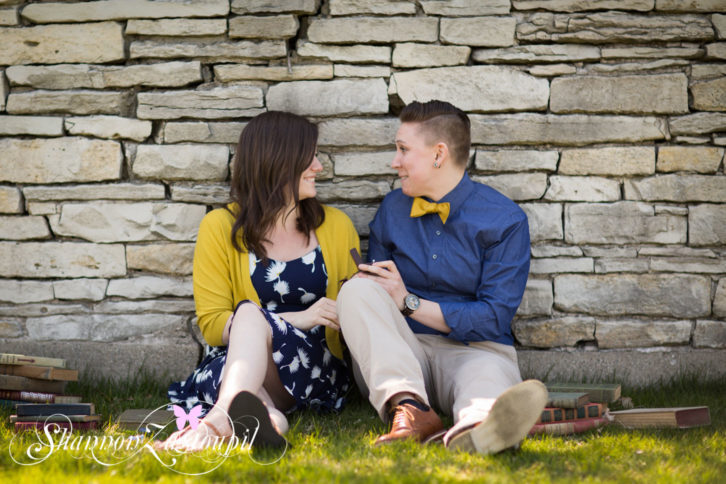 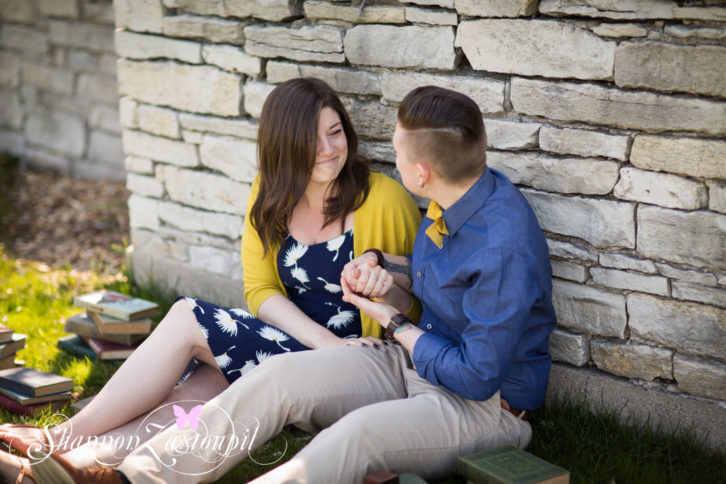 Sylvia and Kitzie, who live in Playa Del Carmen, met at the dog park and realized they lived in the same building. They began a friendship that turned into something

Guess what? A home decor insider told me that January is the biggest time of the year for registries. That’s right, couples have made it through the holidays, wiggled their

Summer, 25 & Lacey, 28 have been engaged for a year and a half, and when Platte River Fort was looking for a same-sex couple to photograph at their venue,