Amanda and Jolene met while playing rugby at Iowa State University, when they were both 19 years old. The couple dated at school, then long distance when Jolene moved away after graduation. They moved in together when Amanda moved to Georgia five years ago. Jolene is a social worker in Atlanta and Amanda is firefighter in Marietta. The play together for Atlanta Clan na nGael Camogie, an Irish sports team, and share their home with two dogs, Olive and Peanut and a cat, Paula.

Jolene proposed to Amanda in June 2016 in The Marietta Square in Marietta, Georgia

Jolene: “I am not much of a romantic, so I agonized about how to make a proposal special and sentimental. What that translated to was me taking 6 months to pick out a ring and then carrying it around for a year. I even started carrying a purse just to tote this ring around!

Amanda: “The proposal was sweet and so very “us.” I had known Jolene had a ring for me for a little bit, but while I knew that she had purchased a ring, I did not know she had been carrying it around every waking moment for a year!”

Jolene: “Finally, we went hiking on a beautiful early summer day and I had planned to propose in front of the lake … But I got nervous. Later that evening, we went out for dinner and were enjoying the evening in a local park. Amanda was sweetly teasing me and asked if was squirming around because I had a ring in my purse. And I did, as I did every day for the last year.”

Amanda: “We had spent an awesome and beautiful day hiking with each other and our pups. We finished the day with dinner and then were enjoying a pretty evening in the park. I could tell she was bubbling with nerves about something, and I guessed what it might be. I gave her a little gentle prodding in the right direction …”

Jolene: “I gave her the ring, she said yes, and I am so excited.”

Amanda: “What a perfect ending to a wonderful day together. Jolene gathered herself and her thoughts and spoke right from her heart. There was no hesitation and no question that my answer was anything except “yes, of course, I love you.” Our marriage is going to be held in the same state park that we hiked on the day of our engagement.”

The brides had an engagement session with MNA Photography on a rainy day at Roswell Mill in Georgia. See the images below. Amanda and Jolene will be married on October 28, 2017 at Red Top Mountain State Park. 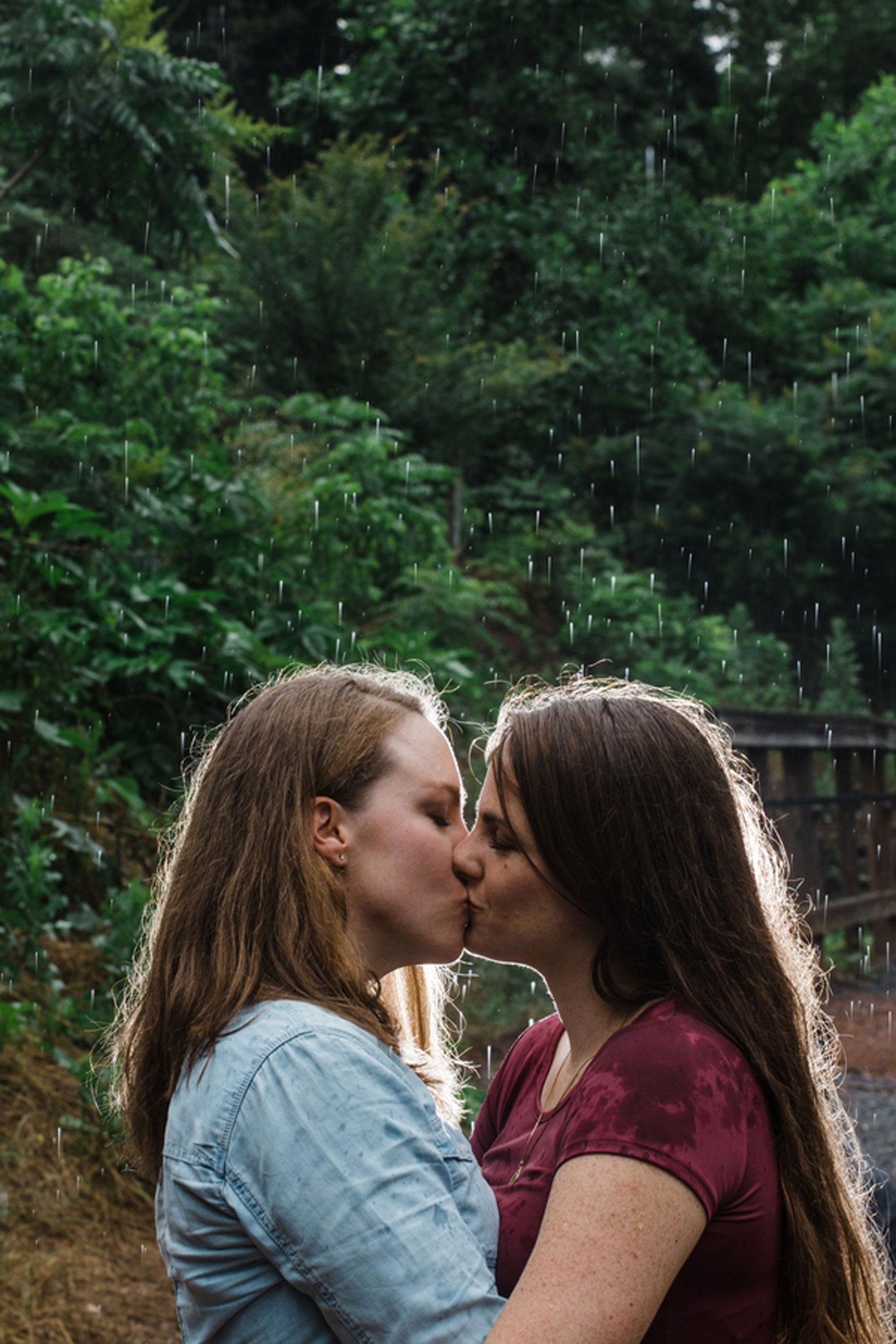 October 1st, 2016 Washington DC Rachel and Kelly met at a Teach For America summer training institute in Philadelphia. After three years of dating—including a year and a half of

Bianca and Sara met in grad school in 2008. The two became best friends while roommates during a month-long backpacking trip in Europe. The friendship grew romantic and the couple

Paige and Ashley met on a few different occasions when they were fresh out of high school in 2008, but Paige says they never really talked until 2010, when Paige