The couple met when Laura crashed Ashley’s birthday dinner four years ago. “She was brought by a friend as a gift,” says Ashley, “And I thought it was adorable how she was eating edamame shells.” Laura says that when they met she had no intention of starting a relationship, especially a long distance one, but during their time together the energy and connection they shared was unreal. Says Laura, “It was to the point where we both knew that we had no choice but to attempt a relationship together.” The two made their relationship work while living apart until Laura was finally able to move to Arizona so they could be together.

Laura proposed to Ashley in the Arizona desert on April 11th 2016.

Ashley: I got an email from an old friend from college—Ryann—about a styled LGBT shoot. They were looking for an engaged couple. Laura and I decided it would be fun to pretend, even though it was something I truly wanted for quite some time.

Laura: It was one of the most nerve-wracking things I’ve ever done! I had to wait four stressful hours through the photo shoot until the perfectly planned moment to propose.

Ashley: We were being photographed by several groups of photographers, so I borrowed a ring from one of them and then they separated us for individual shots. We walked back towards each other and Laura got down on one knee! I was shocked, and looked around to make sure it wasn’t a joke, and then she traded the borrowed ring for the gorgeous one I wear today. I was amazed, thrilled, and gushing with love and emotion. I feel so lucky we have pictures of that special moment to cherish forever.

Laura: Once the time came I had a little speech planned, but it all went out the window once I got on one knee and looked into her eyes. I don’t even remember what I said! I just remember putting the ring on her finger and it felt like it was only us in the world as we embraced and kissed. I completely forgot about the several photographers clicking away a few feet from us. It was easily one of the best moments in my life.

The couple is planning a spring wedding for April 28th, 2017. Of the shoot, says photographer Ryann, “Laura reached out to me prior to the shoot and asked for my help in planning a special proposal. It went off without a hitch! I am so excited to have shared in this special moment with two very special friends.”

See the story unfold below. Photos by Ryann Lindsey Photography. 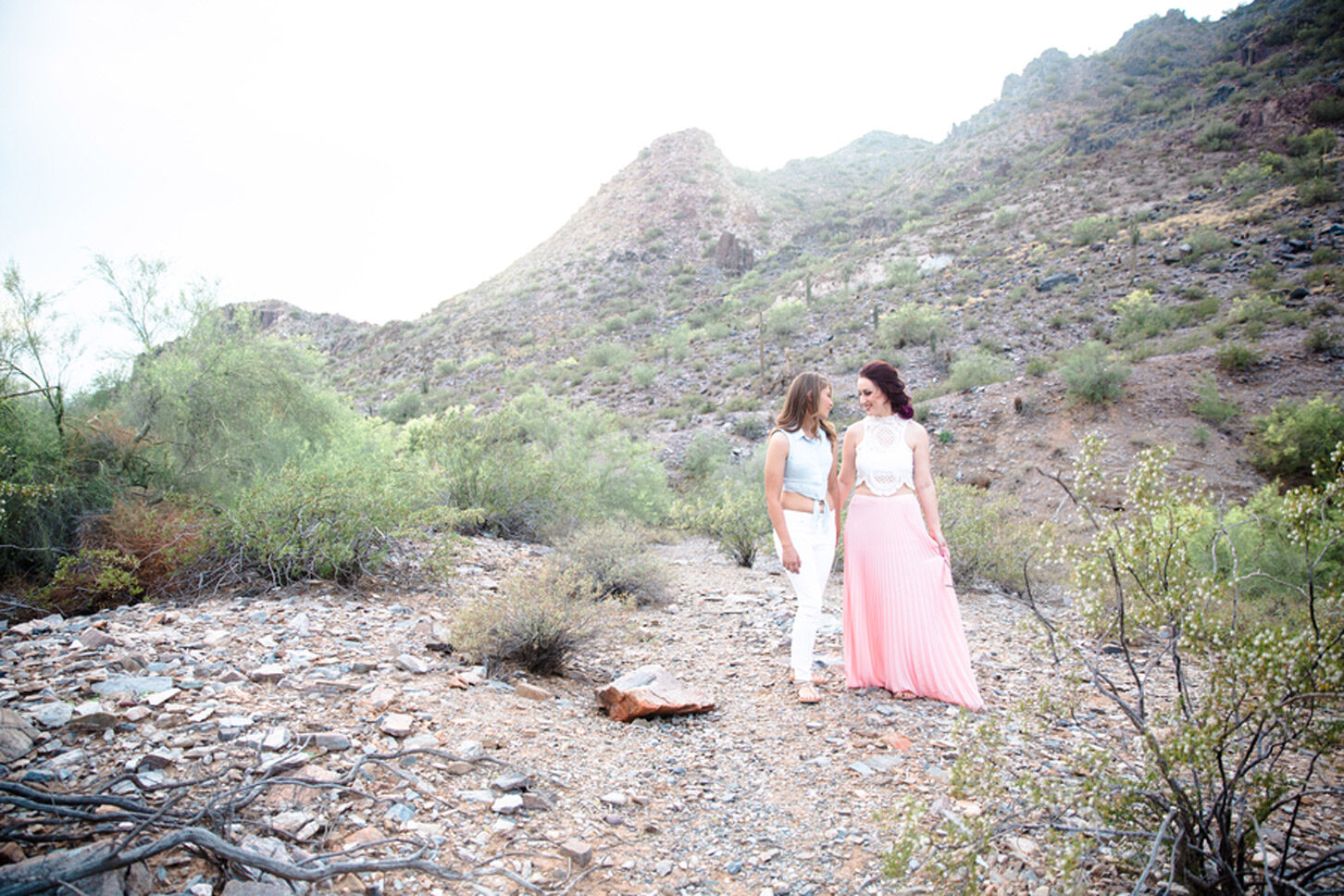 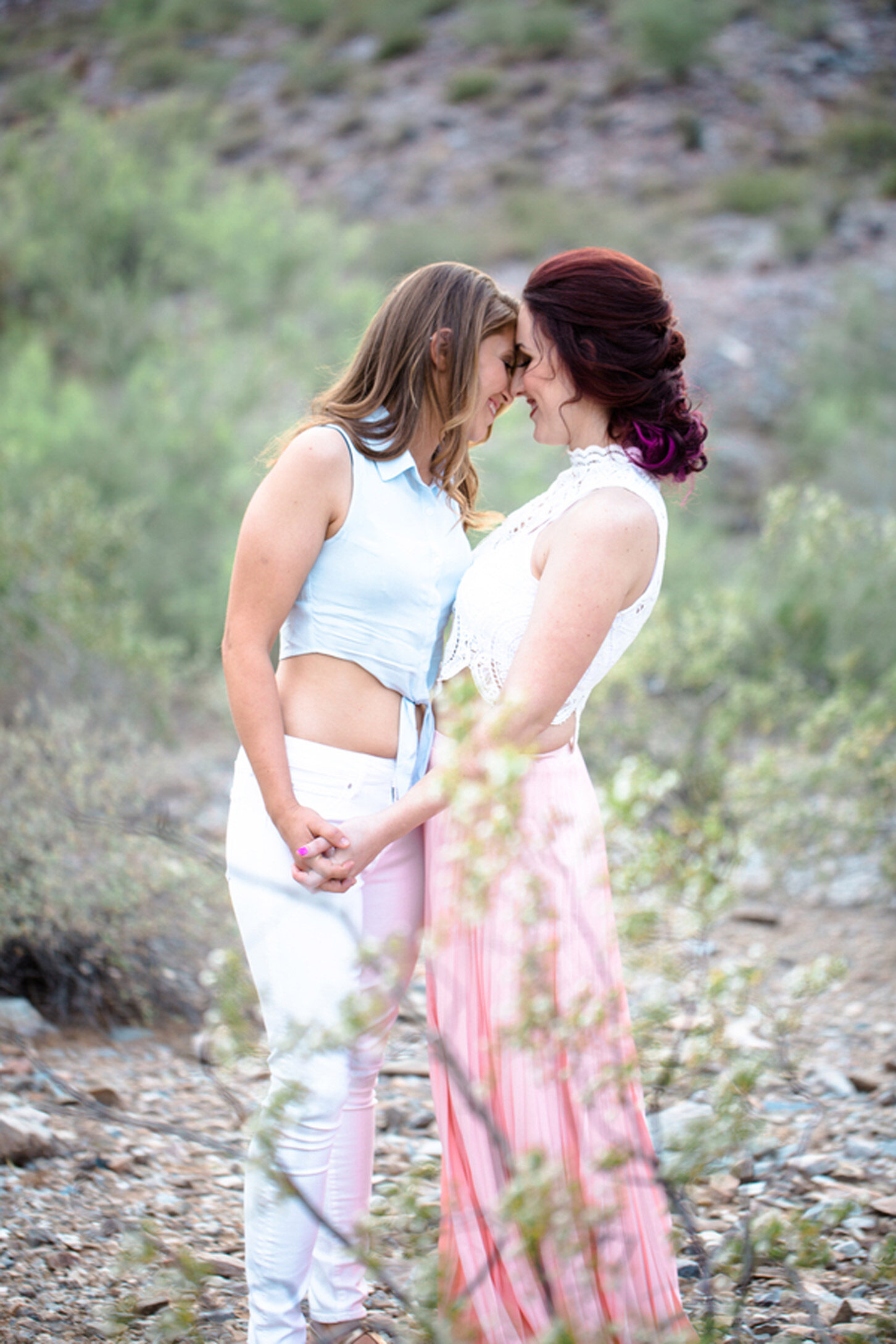 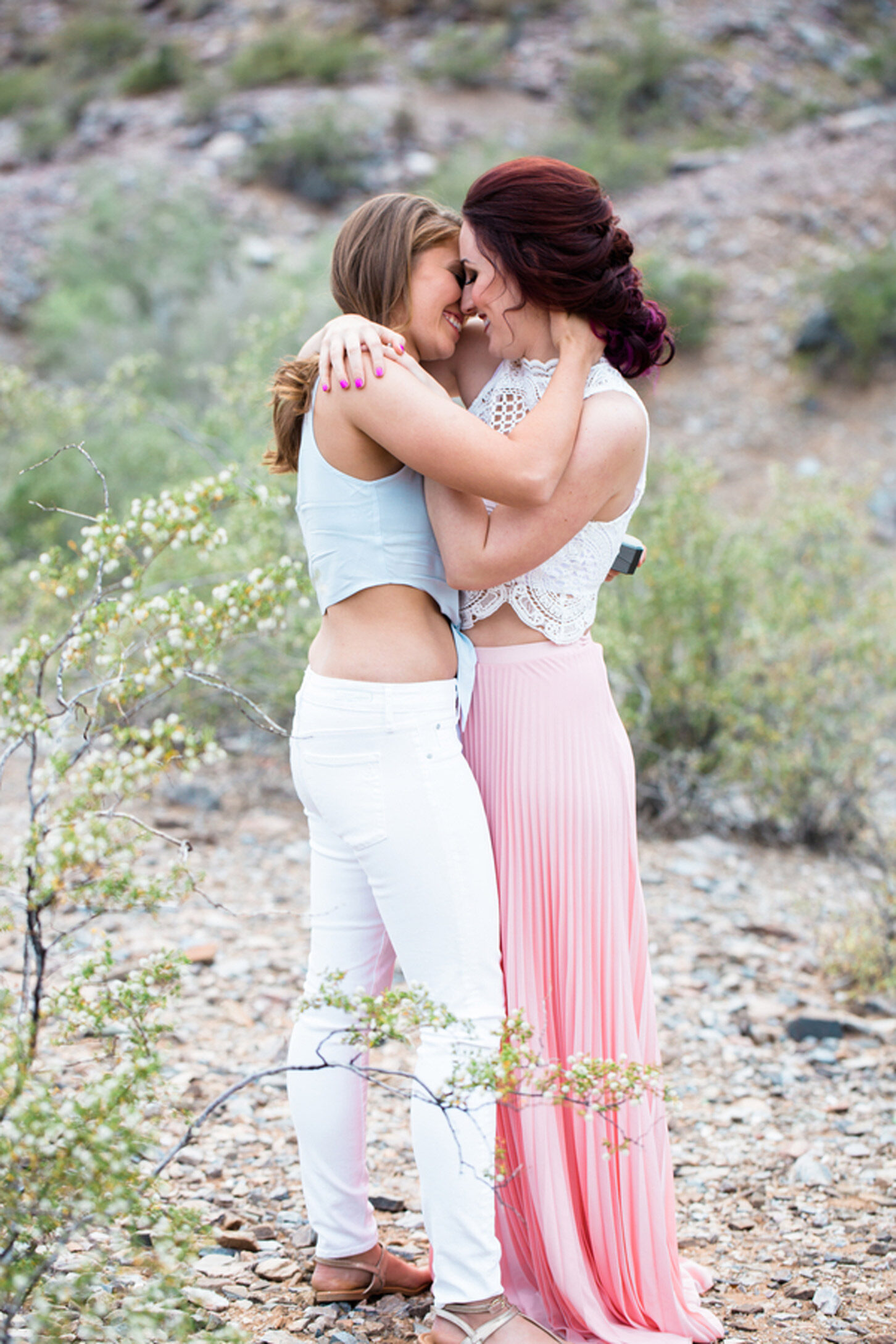 This is a special engagement story I’m sharing today, that of my dear friends Kelley and Carie, who have been together an entire decade! I am honored to share their adorable

Megg & Naomi were married in an intimate setting with just 60 guests on a cold winter day in February. The brides made the entire day special, running through the

Maidel, a Chiropractic Assistant/Office Manager for the Miami Heat Basketball Team, and Erica, a Senior Manager at a parking firm, were both born and raised in Miami with Cuban parents.