Brittni and Erin are from neighboring towns in coastal Georgia. They met when out with a group of mutual friends. Say the brides, “There was flirting across the table, laughter, teasing, which all led to our first solo date. The rest is history.”

Brittni: “I knew Erin was up to something all week, and I even called her out on it. She had me convinced, however, that she was taking me on a surprise date. I know how much she loves to surprise me with things, so I didn’t push it.”

Erin: “I planned to propose during a horseback ride on the beach, but the day of the proposal I was a nervous wreck. The horseback riding company called me about two hours before we were supposed to be there to say they were backed up, and wanted to know if we could reschedule. Talk about a panic attack. I was like, Umm, I’m proposing tonight!”

Brittni: “That day, Erin was definitely not herself. I thought she was mad at me or something. She barely talked to me, and I caught her in a few lies. (Again, I just let it go because of the date she had planned). She was being very short with people on the phone, and even made me change my outfit a few times. I was trying super hard to not have my feelings hurt since she was going out of her way to take me on a surprise date. When we got there—late—Erin was antsy. I assumed she was nervous because she had only ridden a horse once in her life and it was with me.”

Erin: “Luckily, everything went according to plan. I made a wooden sign and put it on a tree branch, that read, “Will you marry me?” so when we rode up on the horses Brittni would see it.”

Brittni: “The tour guide stopped us to take some photos, and I saw beautiful flowers and the sign, and realized all of this was for me. Erin is the most amazing person I know, and she always goes out of her way to make me happy. She definitely caught me off guard. I was not expecting it at all. Afterwards we met up with family for a private sunset dolphin tour. It was so much fun.”

Below, Brittni and Erin’s engagement photos with Bobbi Brinkman Photography. They will be married on October 21, 2017 at The Mackey House in Savannah Georgia. 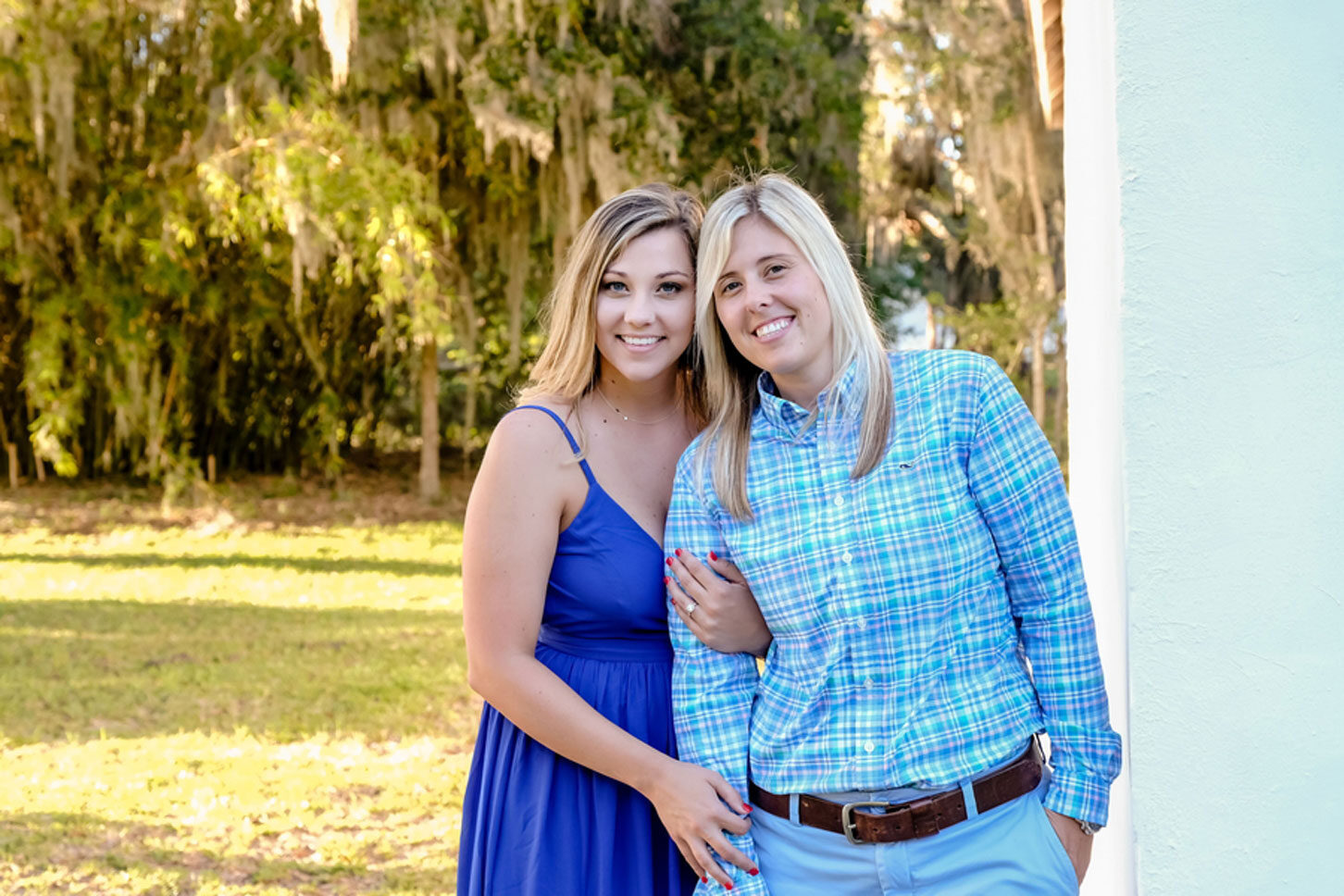 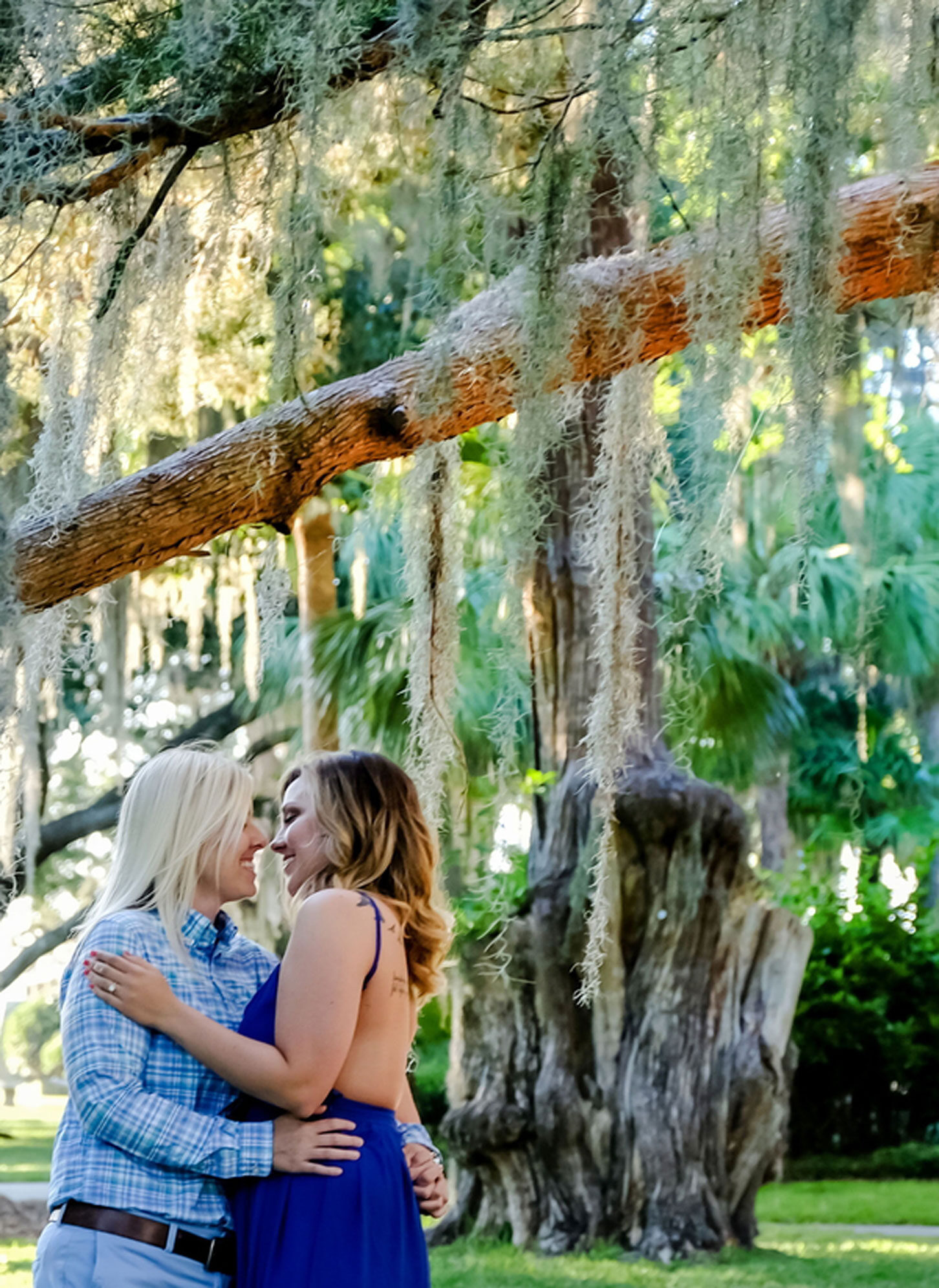 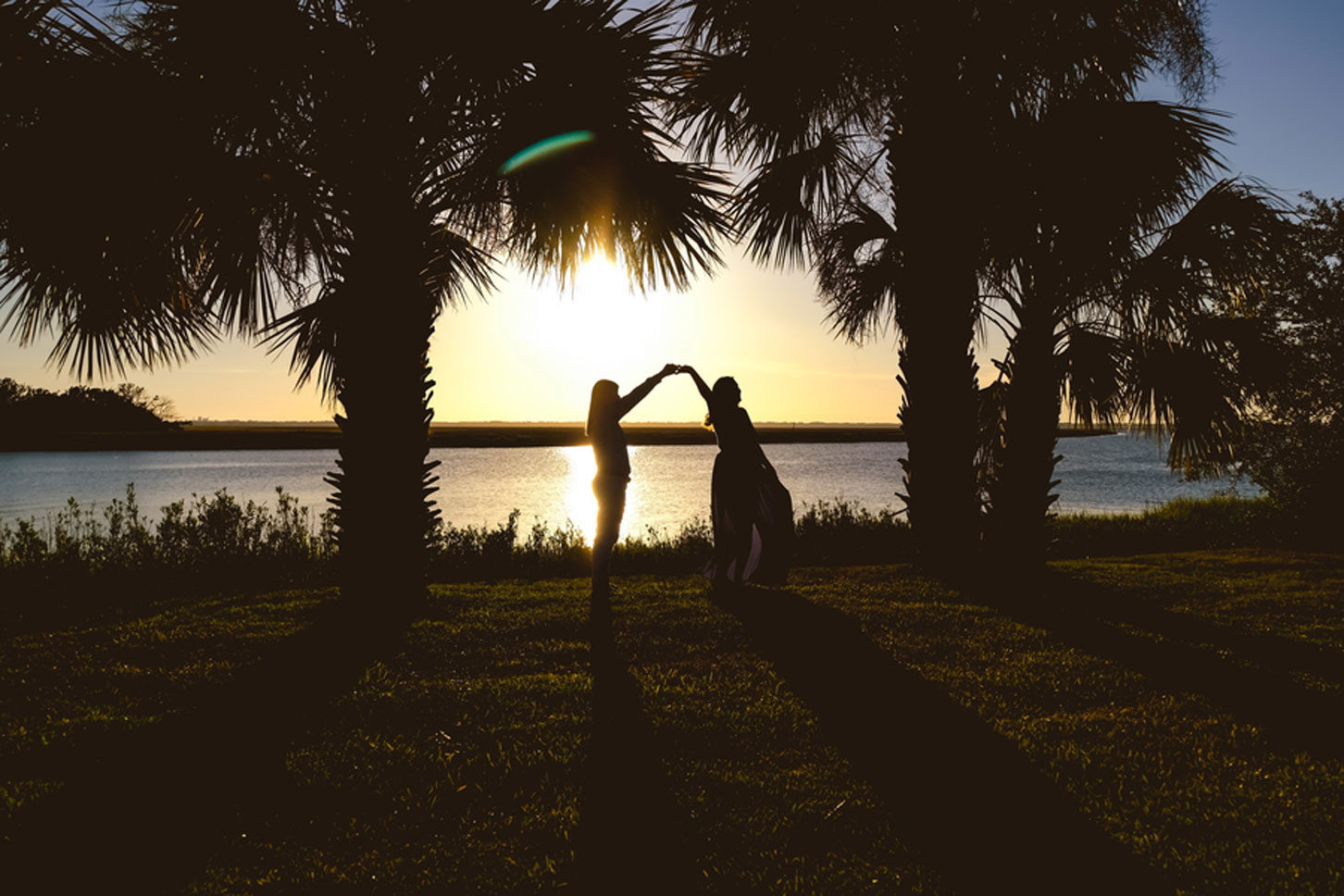 Southern California event designer Erin Hansen Event Planner Erin Hansen asks How Can I be Sensitive to Same-Sex Couples? Initial Consultation: Anything I should be aware of when I first

October 25th, 2014 Adelphi, MD Suzie, a school-based speech-language pathologist and Lauren, a fundraising manager for the Crohn’s and Colitis Foundation of America just purchased their first home in Silver

Torie, from Georgia and Brandy, from North Carolina, met through social media but say it was all smiles across the table during their first date. Says Torie, “We’ve been together