Aly and Jennifer met on the steps of the Cathedral of Learning, the tallest academic building in the United States (second tallest in North America by mere inches) in August of 2012 at the University of Pittsburgh, when Jennifer was a Senior and Aly was a Sophomore.

They started out as friends, but after a Halloween kiss decided to make their relationship official, and eventually settled together in Washington DC. Aly had plans to propose to Jen during a trip to Pittsburgh on their 4th anniversary at the Cathedral of Learning. “I had even asked for her parents (who took a while to come around to our relationship) to be a part of our special moment.” Unfortunately, Jen got the flu and the trip was canceled. “On our anniversary, I told her of my plan and gave her the ring, but I didn’t want this to be our proposal, so we didn’t consider ourselves engaged.” Aly and Jen made it their mission to find the right ring for Jen. They explored many vintage stores, but finally found the right one at the Georgetown Flee Market.

Says Jen, “We had a friend visiting and we attended the Cherry Blossom Kite Festival together, an event Jen and I have enjoyed several times since we started dating. She took me to the Lincoln Memorial, which overlooks the Washington Monument, Reflection Pool, and WWII memorial; one of our favorite places in DC. The cherry blossoms were blowing, and the sun breached the clouds.”

Aly and Jen are believers in symbols and signs, and they’d been seeing the number 5 all weekend. When they researched the numerology, they discovered that the number represents a union and marriage. That afternoon at the Lincoln Memorial Jen turned to Aly and asked, “Do you believe in the power of 5?”

Aly said, “Of course.” Just then Jen dropped to her knee and proposed. When Aly replied with a fervent “Yes,” they kissed as onlookers clapped. “It was a picture-perfect moment and luckily our friend was there to capture it for us.” 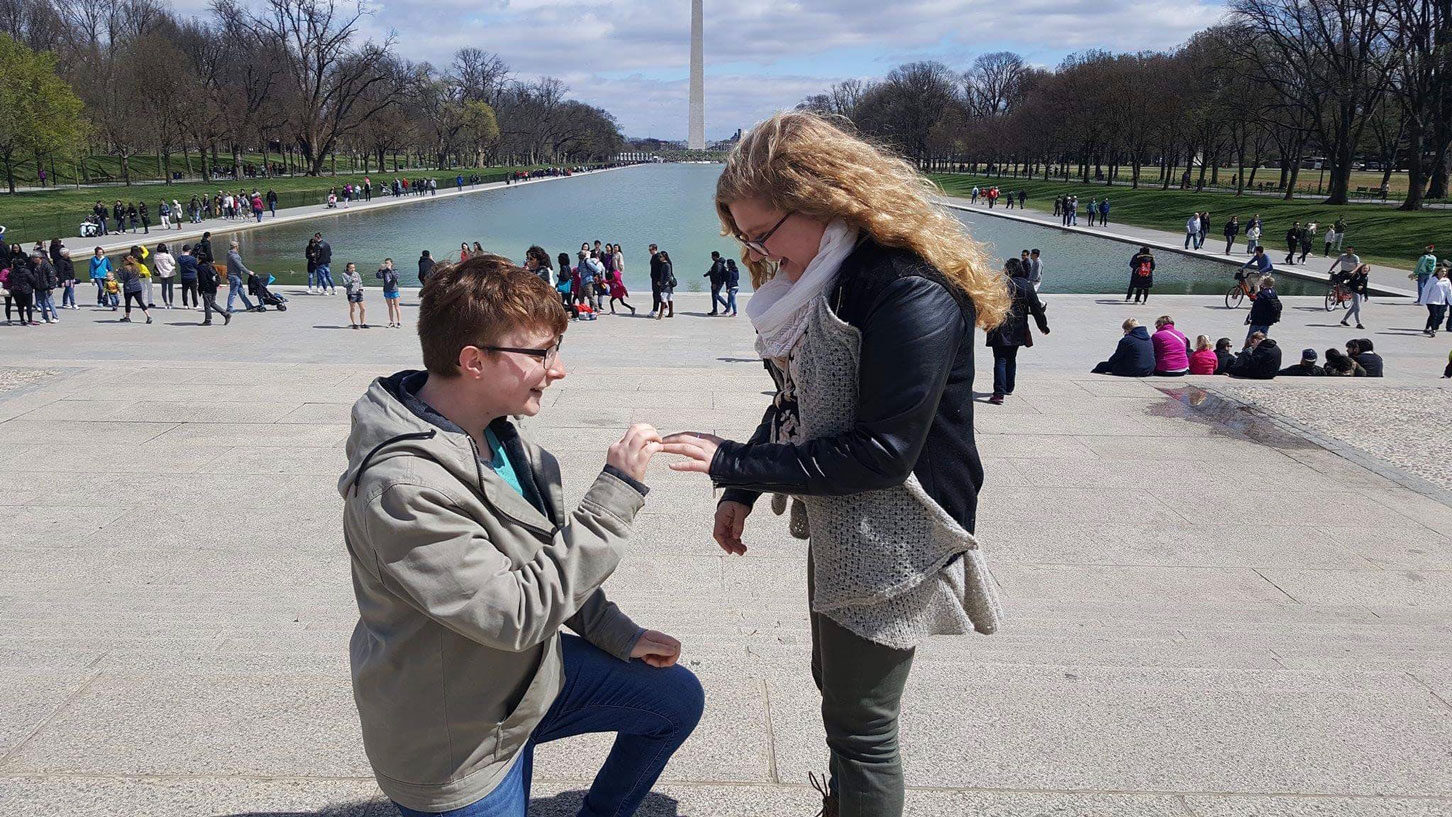 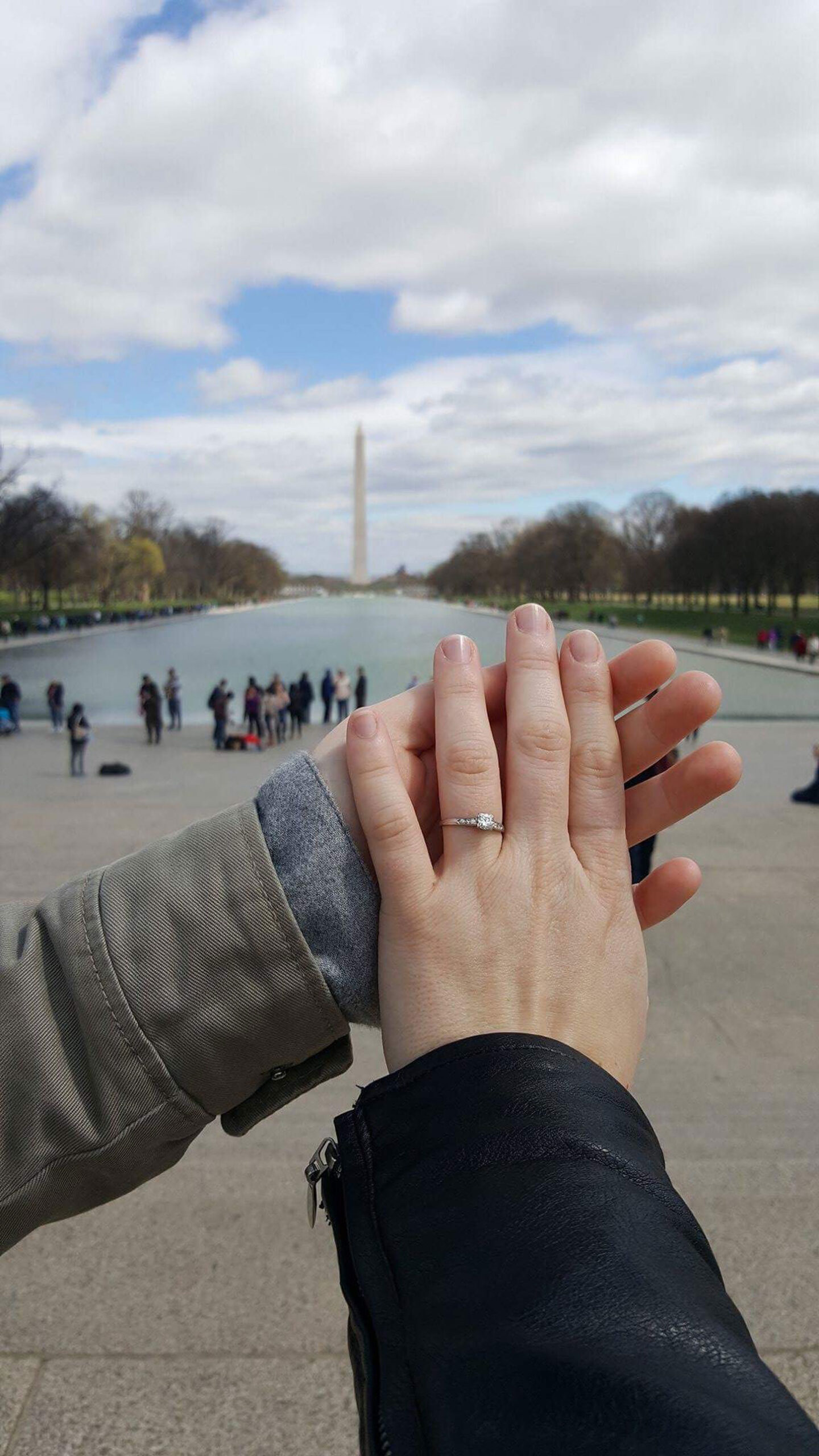 June 06, 2016 Beaufort, NC Alyssa & Megan grew up only 30 minutes away from each other and even attended rival high schools, but they didn’t actually meet until attending

Nicole is originally from California and of Filipino descent, and Valerie is from Hong Kong and immigrated to Southern California when she was six years old. The two met in