Charity and Tina, both from the Bay Area, met through Tahitian dance company, “Te Mana O Te Ra,” where Charity was  a teacher and Tina was a student. They danced together for about 10 years before they started dating. They spent a lot of time together performing, competing and traveling. They became close friends then started dating, and Tina proposed 7 years later.

Tina: “I told Charity we were having a family day at the lake so my family made it seems like we were going for an outing and having a picnic at Golden Gate Park. I proposed in a row boat while rowing under Stow Lake’s Stone Bridge. Several close friends and family were waiting on top of the bridge with multicolored umbrellas that spelled out, “Will You Marry Me?”

Once we went under the bridge our friends simultaneously popped out with the umbrellas. Charity thought the sign was for someone else and sarcastically answered, “yes,” and began snapping cell phone pictures of it. I was super nervous and completely thought the sarcastic “yes” was her actual answer. I forgot everything I had planned to say.

She finally realized I was holding a box with a ring, and let out a loud “What!?” After a couple of seconds of tears she said “yes” and put the ring on.

I had rented out the boat house reception room, so we also had our engagement party right then with everyone who participated in the engagement. Our good friend is a photographer—iAmJDuff—and was nice enough to take photos of the day.”

The brides later had an engagement shoot with Temple Photography—below—and will be married on August 3rd, 2017 at The Grand Island Mansion in Walnut Grove, California. 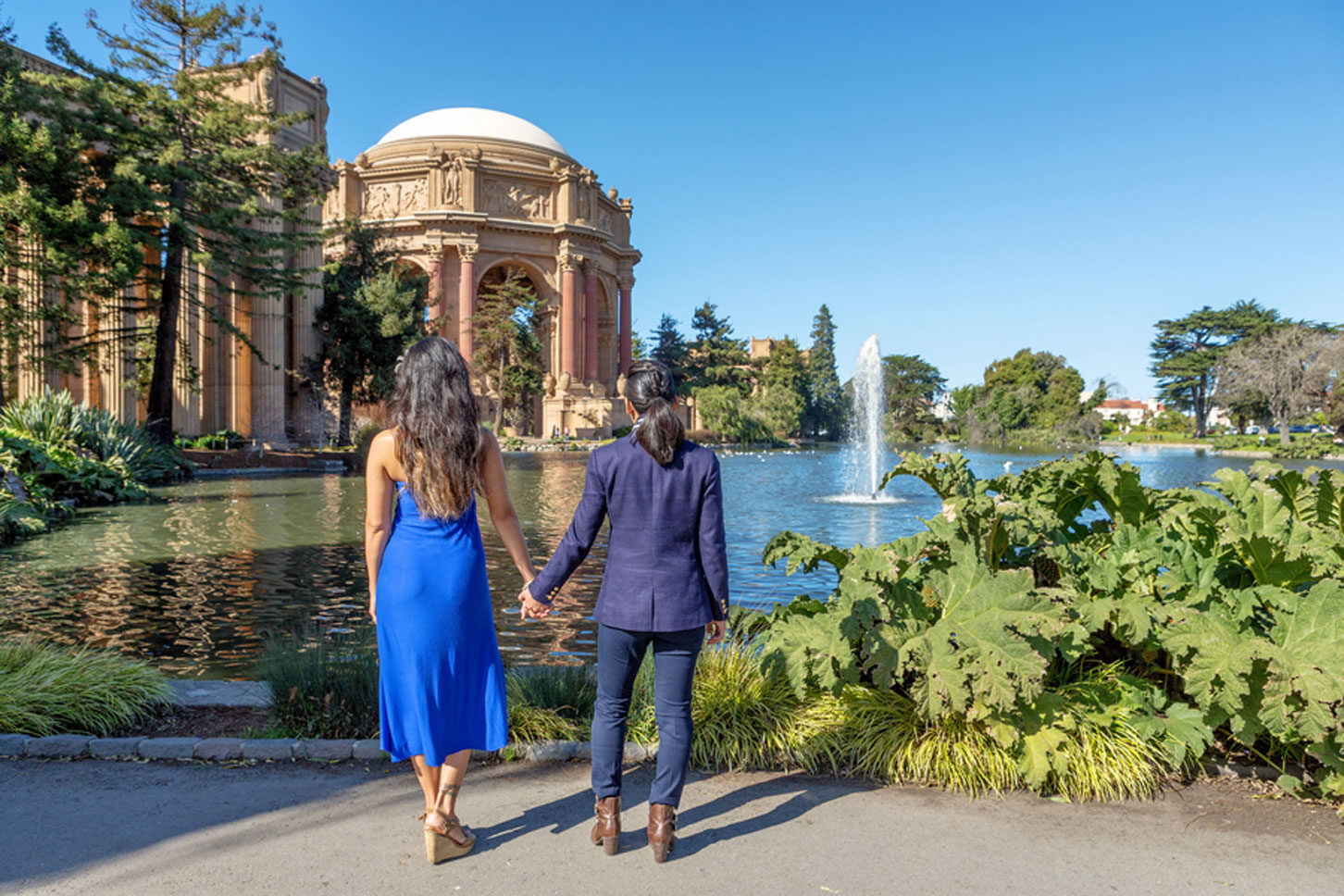 Sorority sweethearts Julie & Stacey share their waterfront proposal story that ended with a surprise engagement party. The Scheming: Julie: In June 2014, after an amazing two-week European adventure through

Susan and Elaine—a science teacher and youth worker—met at a summer camp in the woods. After years of dating, living in “small and funny” apartments, adventuring, traveling and “parenting” a