Megan and Jess met after mutual friends kept telling them they were perfect for each other, though neither was ready for a serious commitment at the time. Says Megan, “I still checked her out on Instagram and liked her pictures, so much so that she sent me a message and asked, “Are you going to keep liking all my pictures or are you going to say something?” We started talking and I got her number.” The two eventually we met in person when they were out one night in Birmingham, and the relationship blossomed from there.

Megan and Jess had been looking at rings, but for the proposal Megan reached out to their photographer Hillary Leah—a friend—and asked her to help surprise Jess.

Megan proposed on May 7th 2017 at Roswell Mill, Georgia.

Jess: “I thought we were helping Megan’s friend Hilary expand her portfolio by shooting a same-sex couple. That Sunday morning we had to be at the location at 7:30, and I am not at all a morning person …  I complained the entire ride there. This was also the one weekend that we had a cold spell, and I’d chosen to wear a sun dress and sandals.

I was also complaining because I didn’t have a ring yet. We had discussed getting engaged, but the ring we designed wasn’t going to be ready for a while, or so I thought. I didn’t find out until later that I had received a fake email saying my ring would take longer than expected. Needless to say, I was being a complete brat that morning.

Later, Hillary was taking photos of us standing in front of a waterfall when Megan started talking a lot. I kept telling her to be quiet so Hilary could tell us how to pose, but Megan grabbed my arms and said, “No, listen to me.” She started to get emotional and I realized what was about to happen. This was the moment I was been waiting for. She got down on one knee and time stopped for a minute. There was no one in the world but us. I can’t wait until the day I can call her my wife.”

Photos by Hillary Leah Photography below. 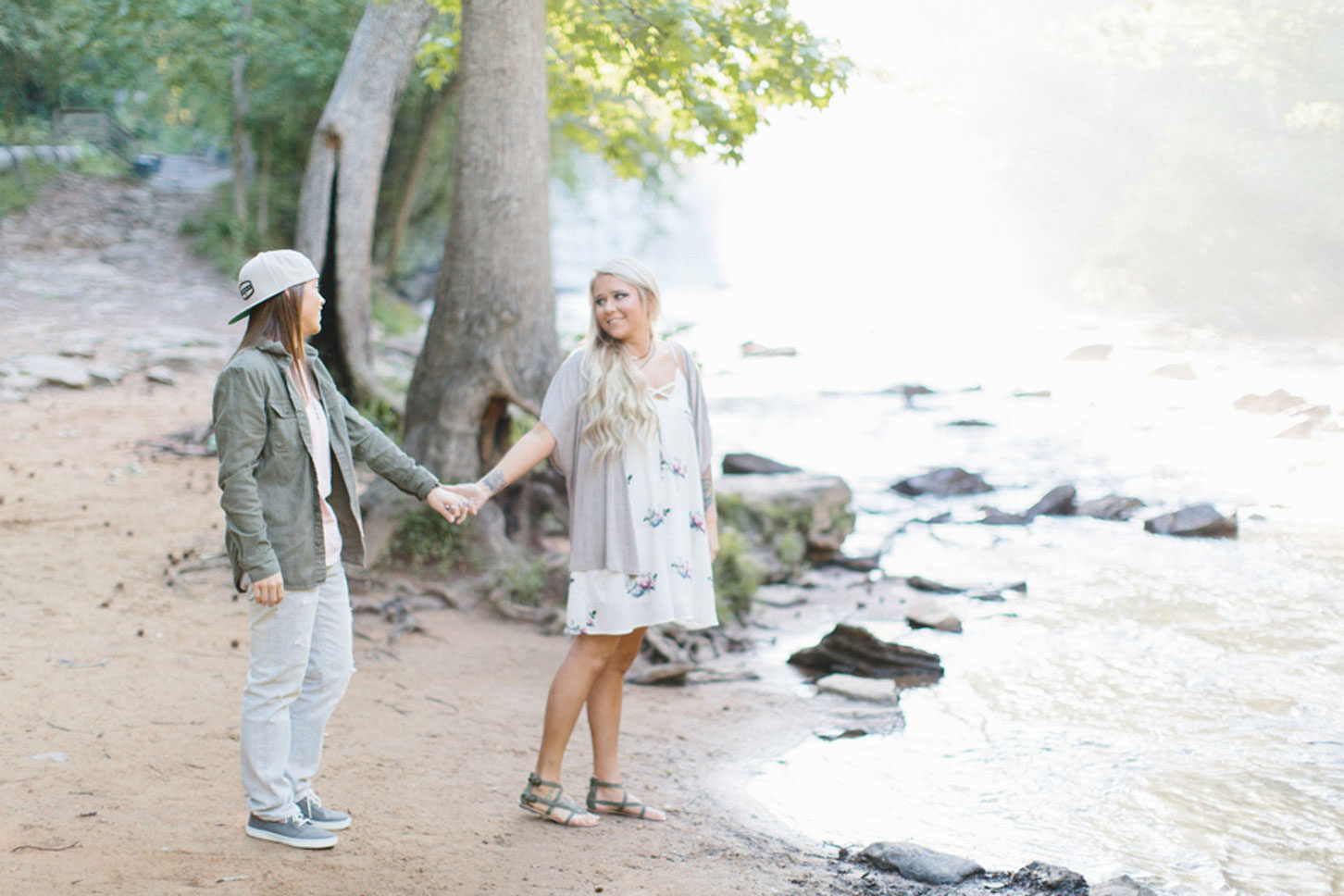 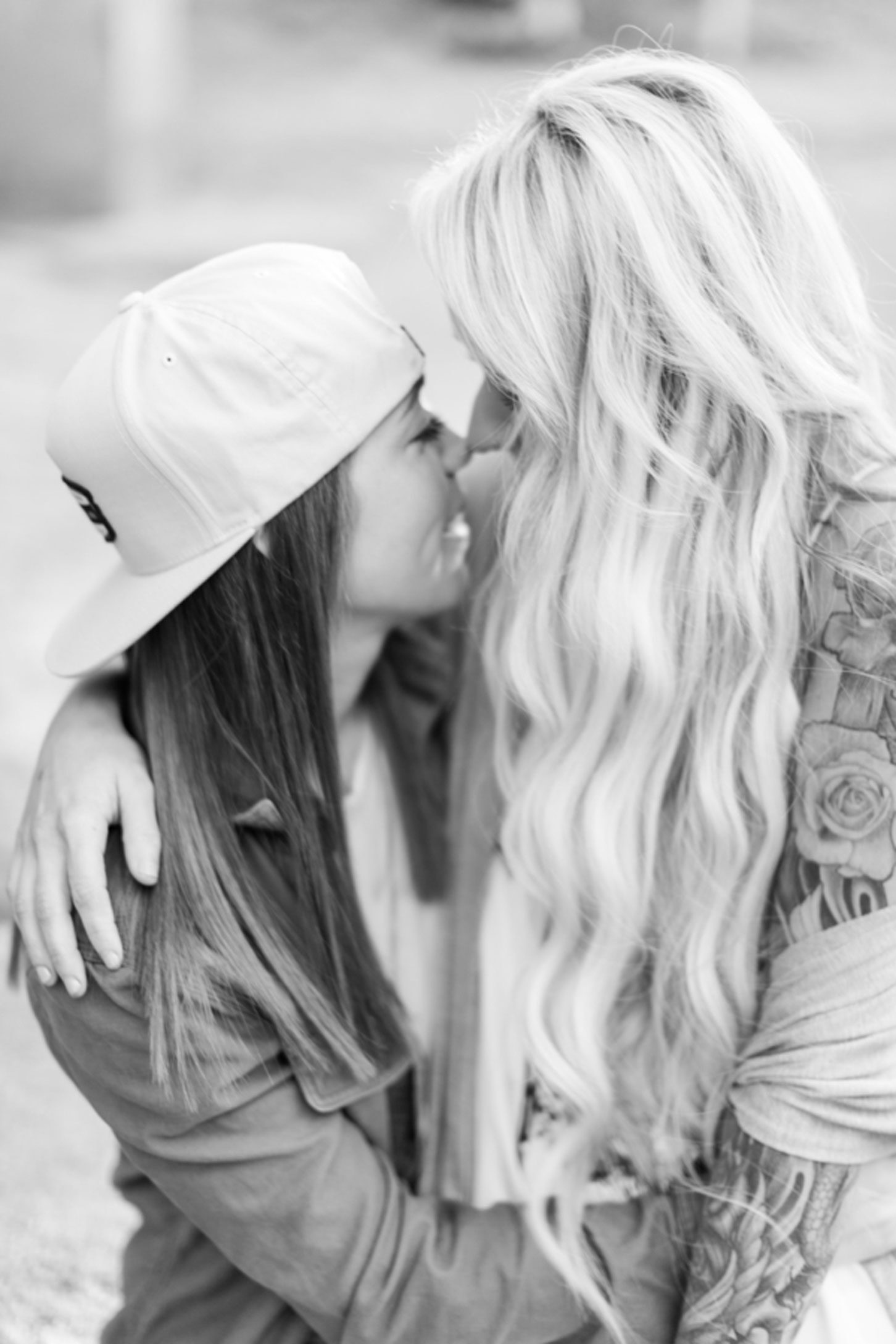 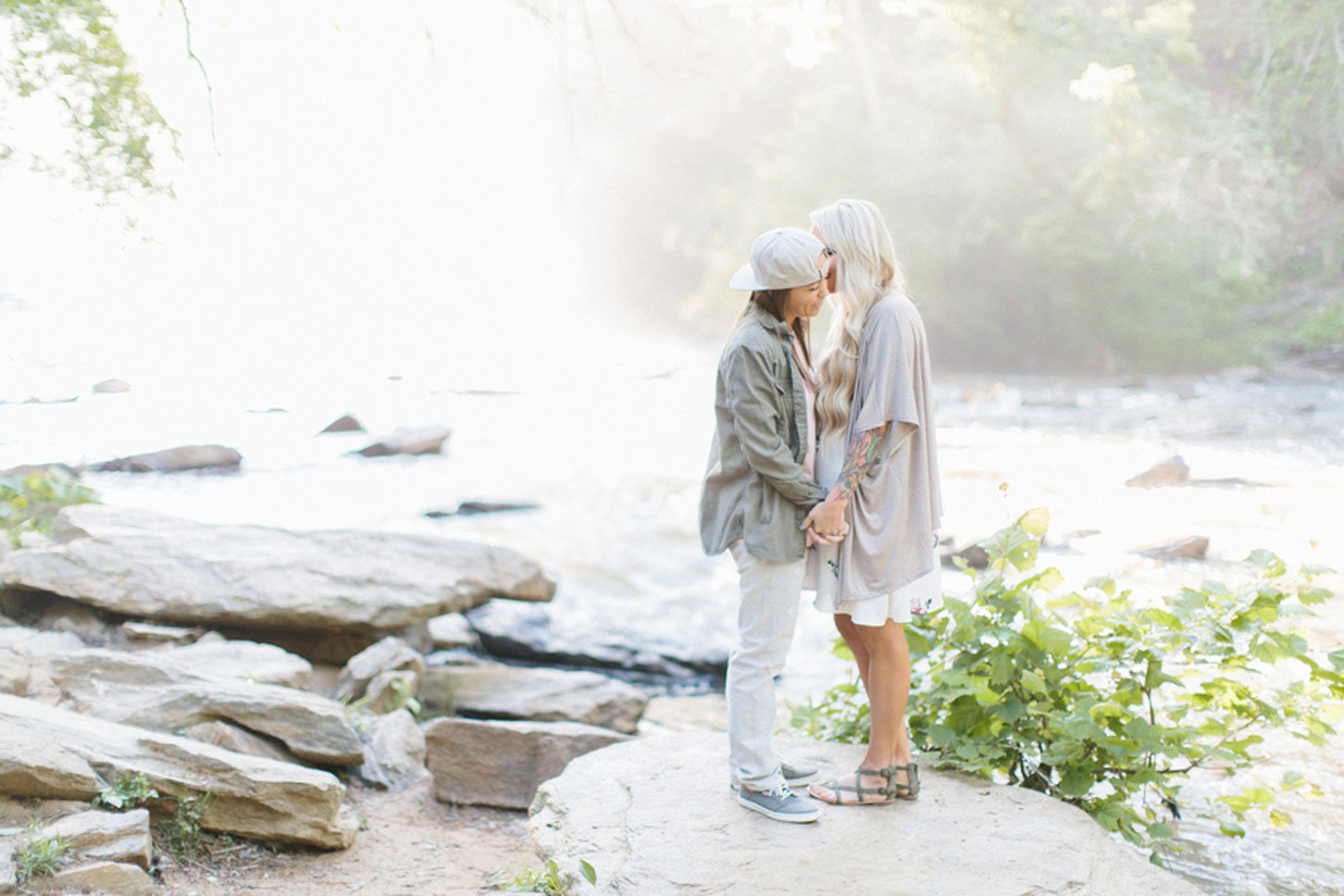 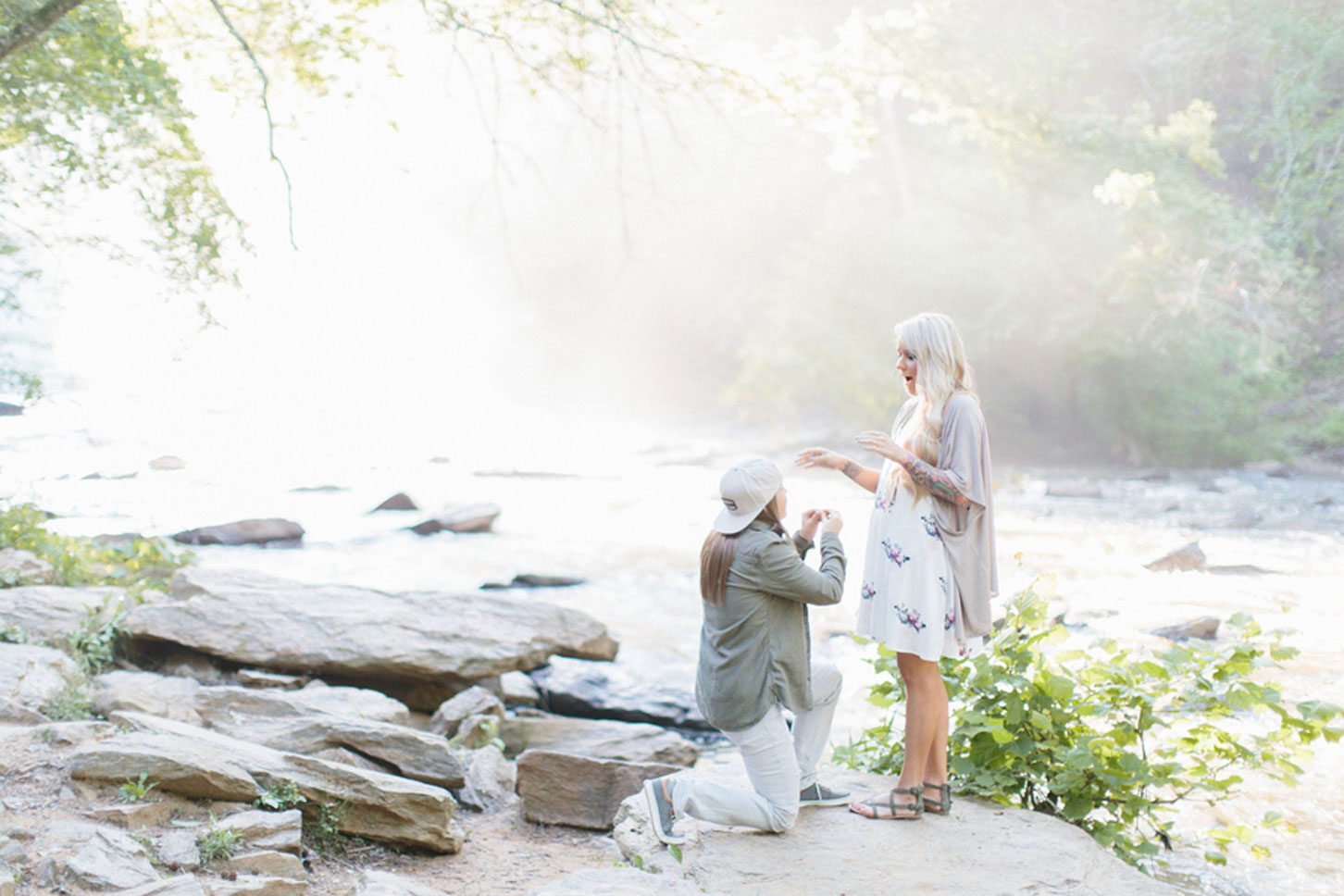 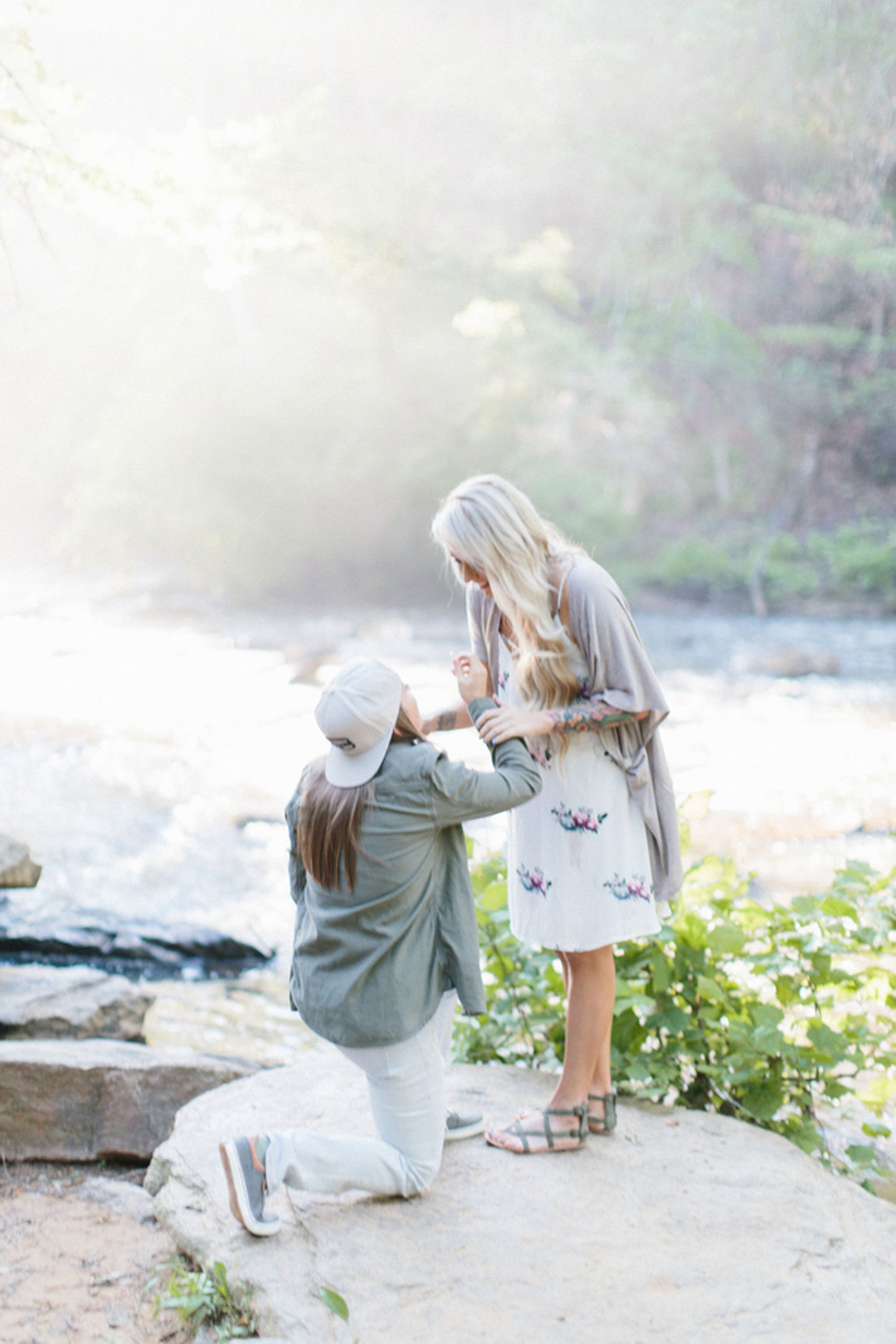 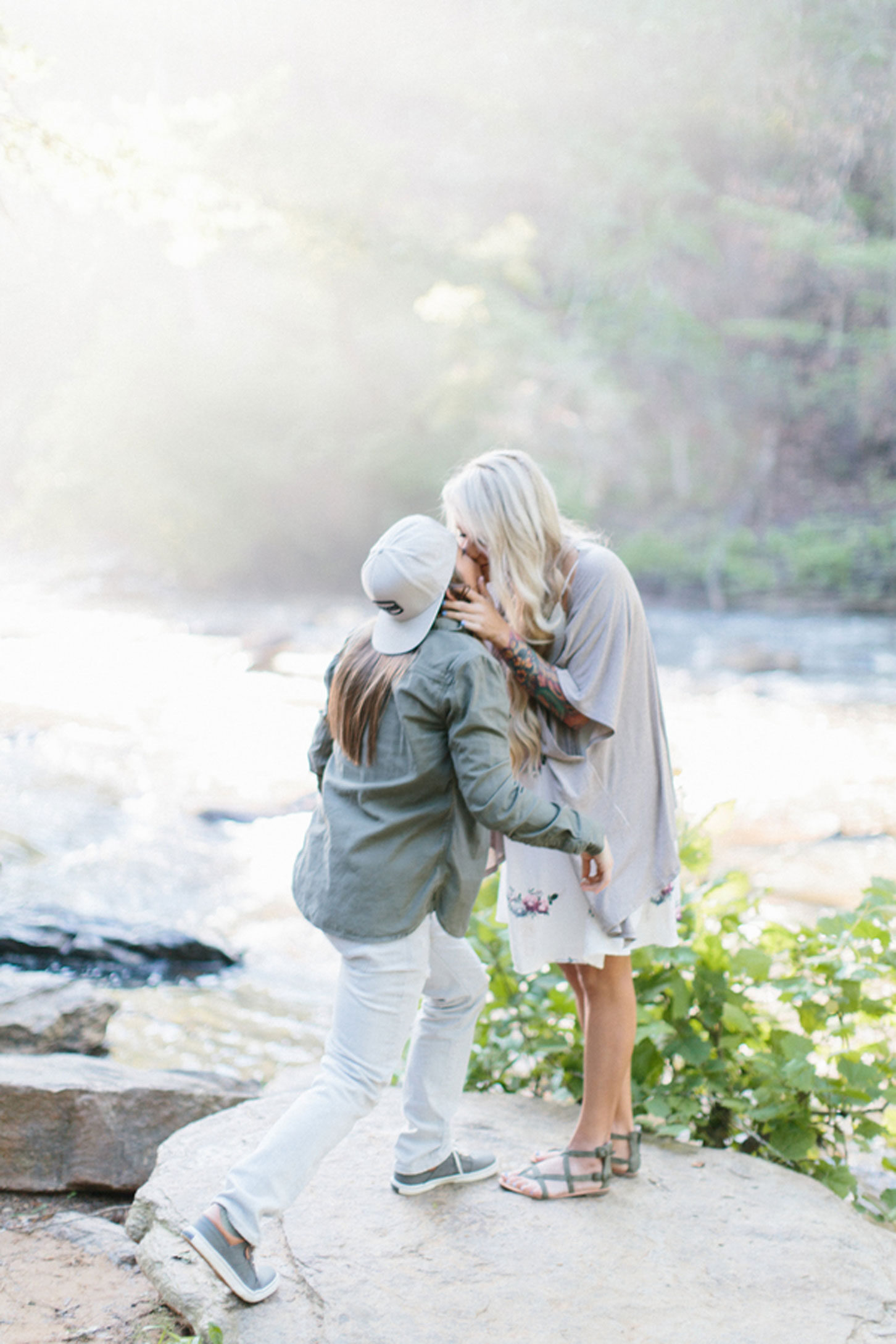 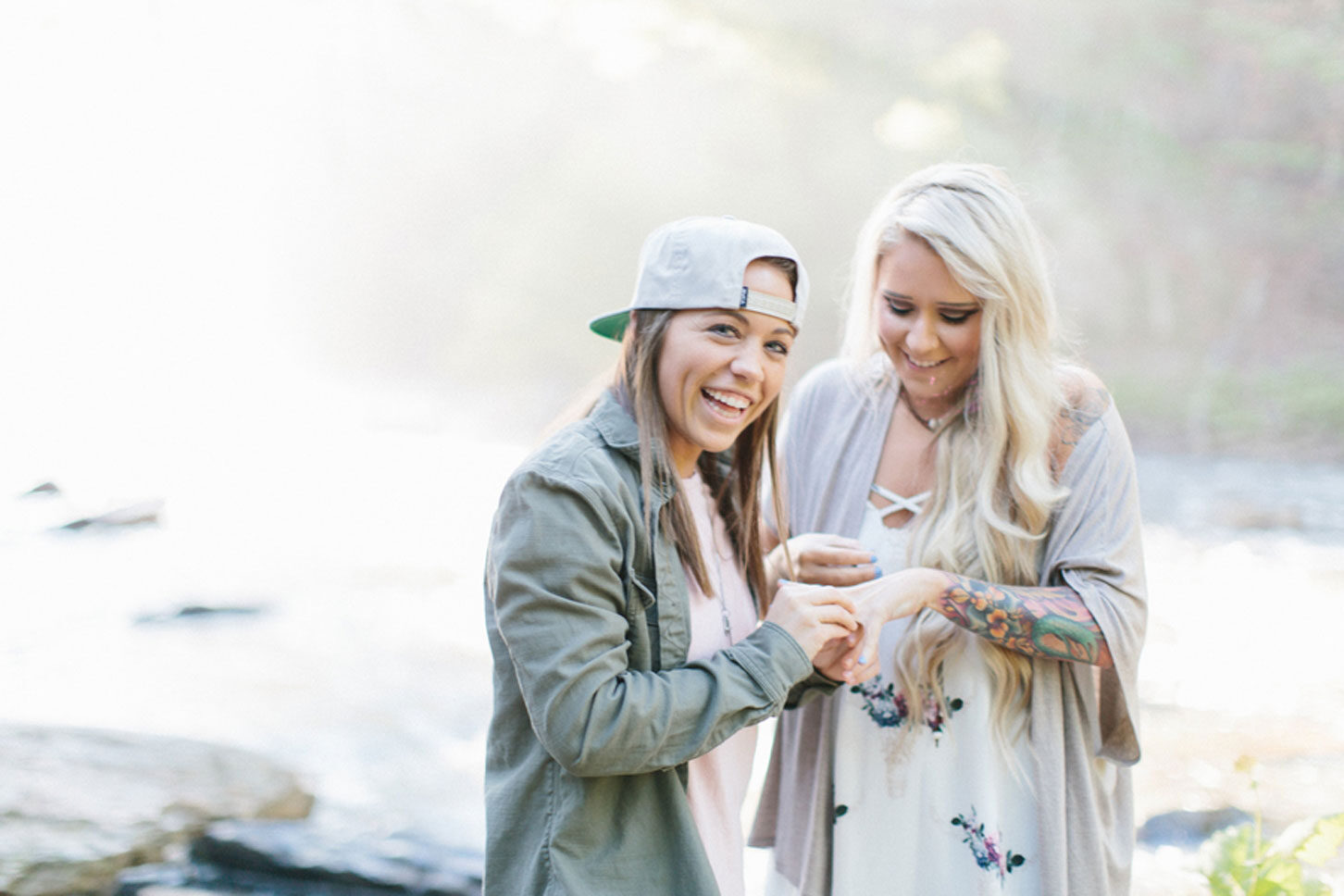 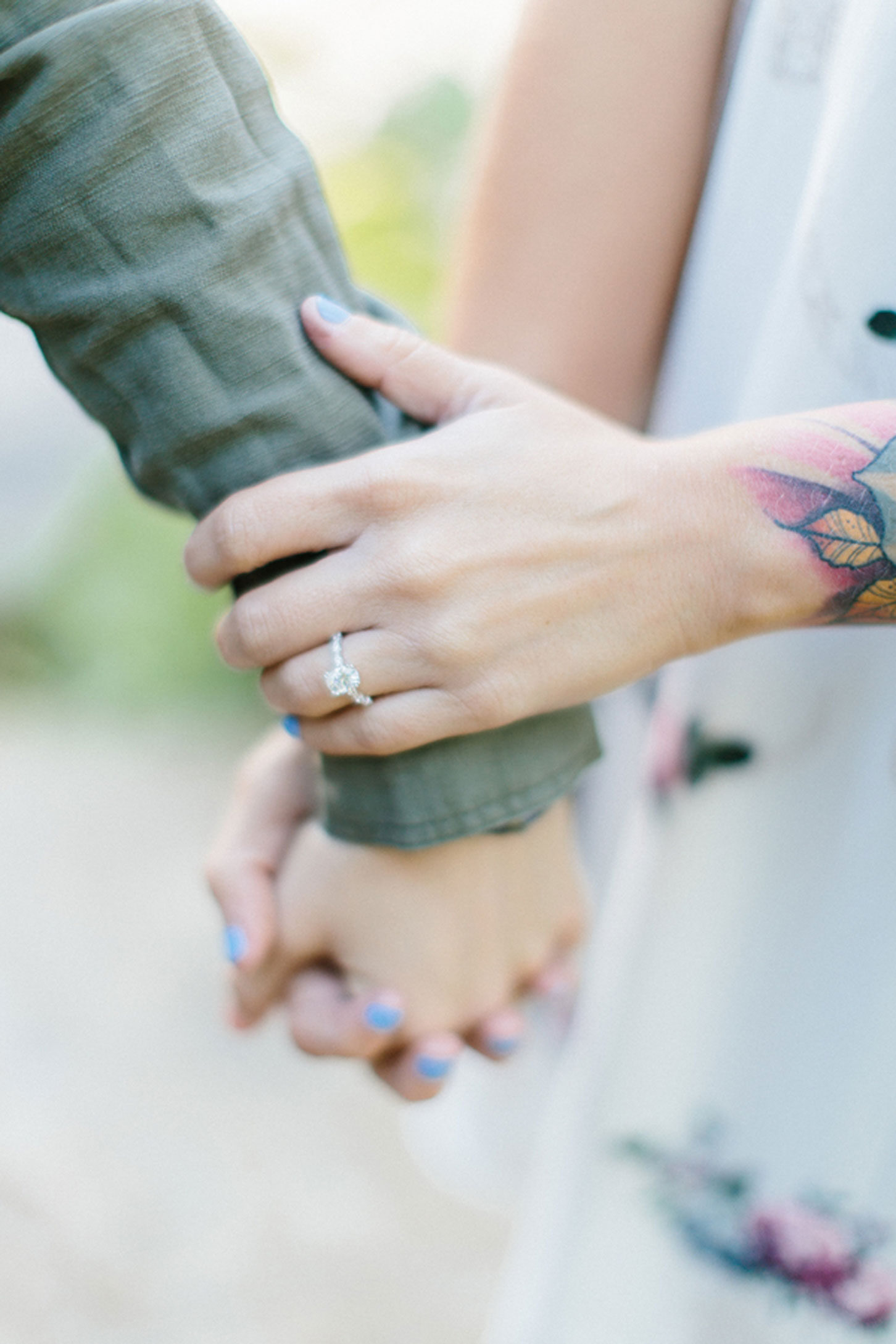 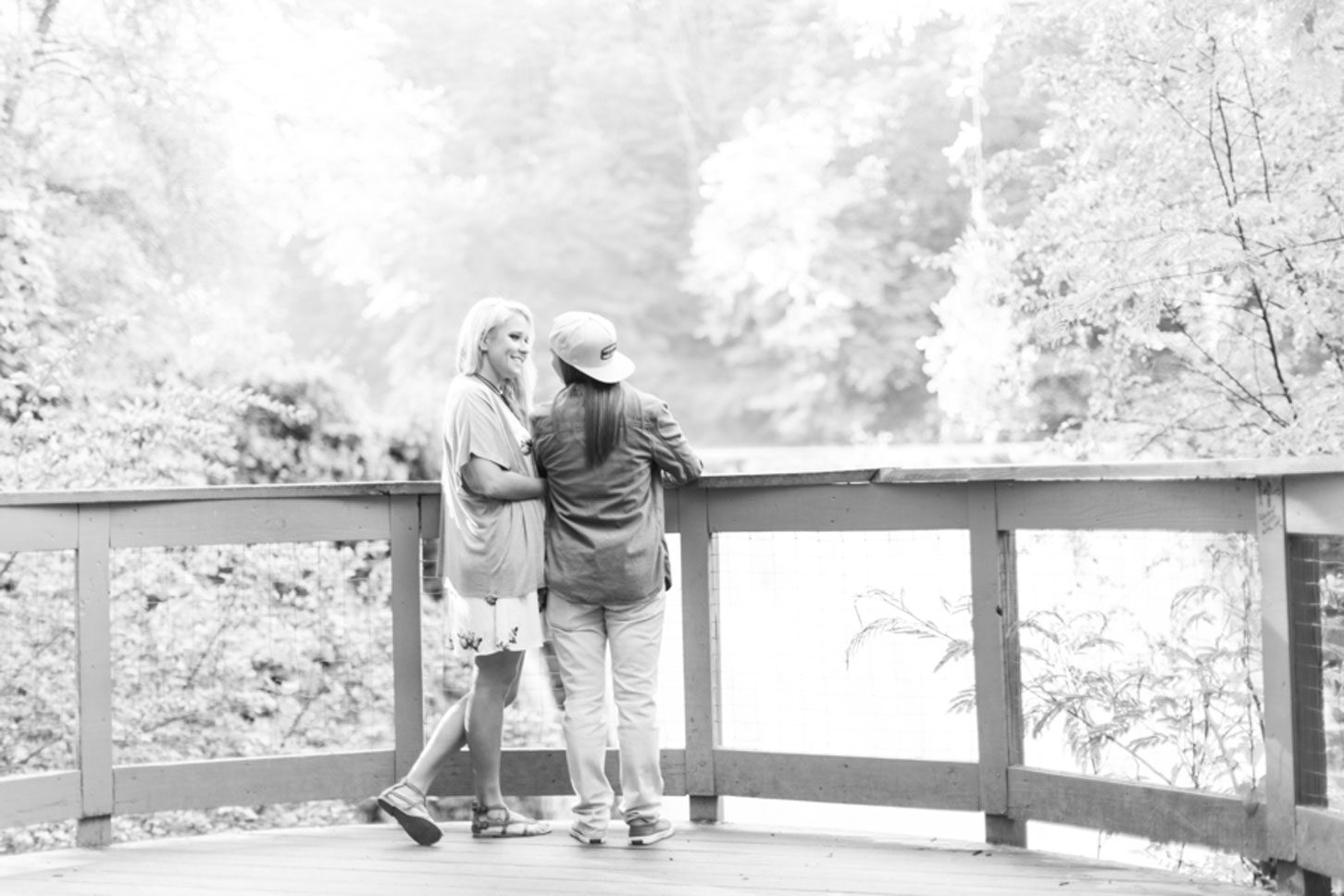 April 28th 2017 Sparta, New Jersey Melissa is a clinical specialist for a surgical sales company and Heather is a special education teacher in New Jersey. They met online in

February 14th 2016 Phoenix, AZ Liz is a small town girl from Ohio who graduated from Ohio State University and worked for years in design and management of a landscape

Proposal Date: May 18, 2015 Proposal Location: Paris, France outside of the Moulin Rouge Their story. Jessica: We met for the first time on November 18th 2011. We’d been chatting online