Justine is an Occupational Therapist at a local hospital and Whitney is a prosthetist—she makes prosthetics for amputees—and is working toward her degree in Orthotics. They like to pretend that they met while working at the hospital, but the truth is they met using the Tinder app.

They own a home together just outside of Kansas City, which they share with their fur babies.

Whitney: “Justine and I have a beautiful German shepherd named Piper. She has her own Instagram page! I decided to make up a fake contest for Piper to enter, and surprise, she won! Justine had no clue it was fake. The prize was a photo shoot with us and our other dog, Margie Jo. Really, it was all a plan for me to propose to Justine.”

Justine: “We met up with some photographers in downtown Kansas City for what I thought would be a photo shoot for Piper. After we were finishing up at the first location I was wrangling Piper and her treats, and I turned around and saw Whitney holding a sign that said, ‘Justine, Will you marry me?’ She got down on one knee next to the pups, and placed this gorgeous ring on my finger. I was in shock.”

Whitney: “I could tell she was caught off guard, because she really bought into the idea that Piper won this fake contest. Even on the way to the next location, as I was driving I asked her what she was thinking and she said, “I’m just sad for Piper that she isn’t going to be famous.” We had a good laugh and enjoyed the rest of our surprise engagement photo shoot. Justine was glowing the rest of the night when we went to celebrate with my family.”

Justine: “I was so excited to have this day of amazing photos of our little family. What’s bittersweet is that our Corgi Margie Jo passed away five days later, after battling cancer. We had known that our time with her was limited, but it was so special to share this moment with her. I know it meant the world to Whitney that she was there.”

The Rye Studio captured the special day with Whitney, Justine and their pups, and the brides are planning a Kansas City wedding on May 5, 2018. 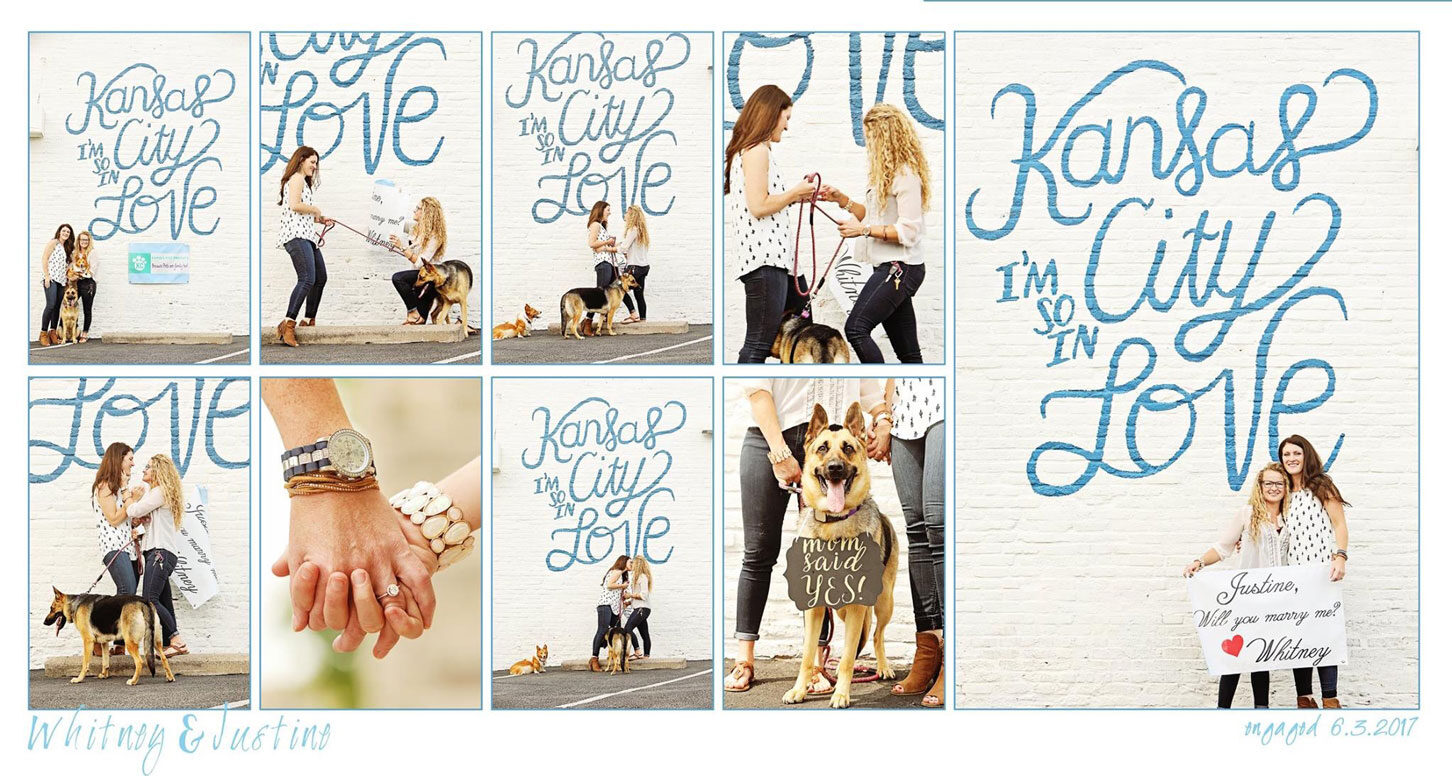 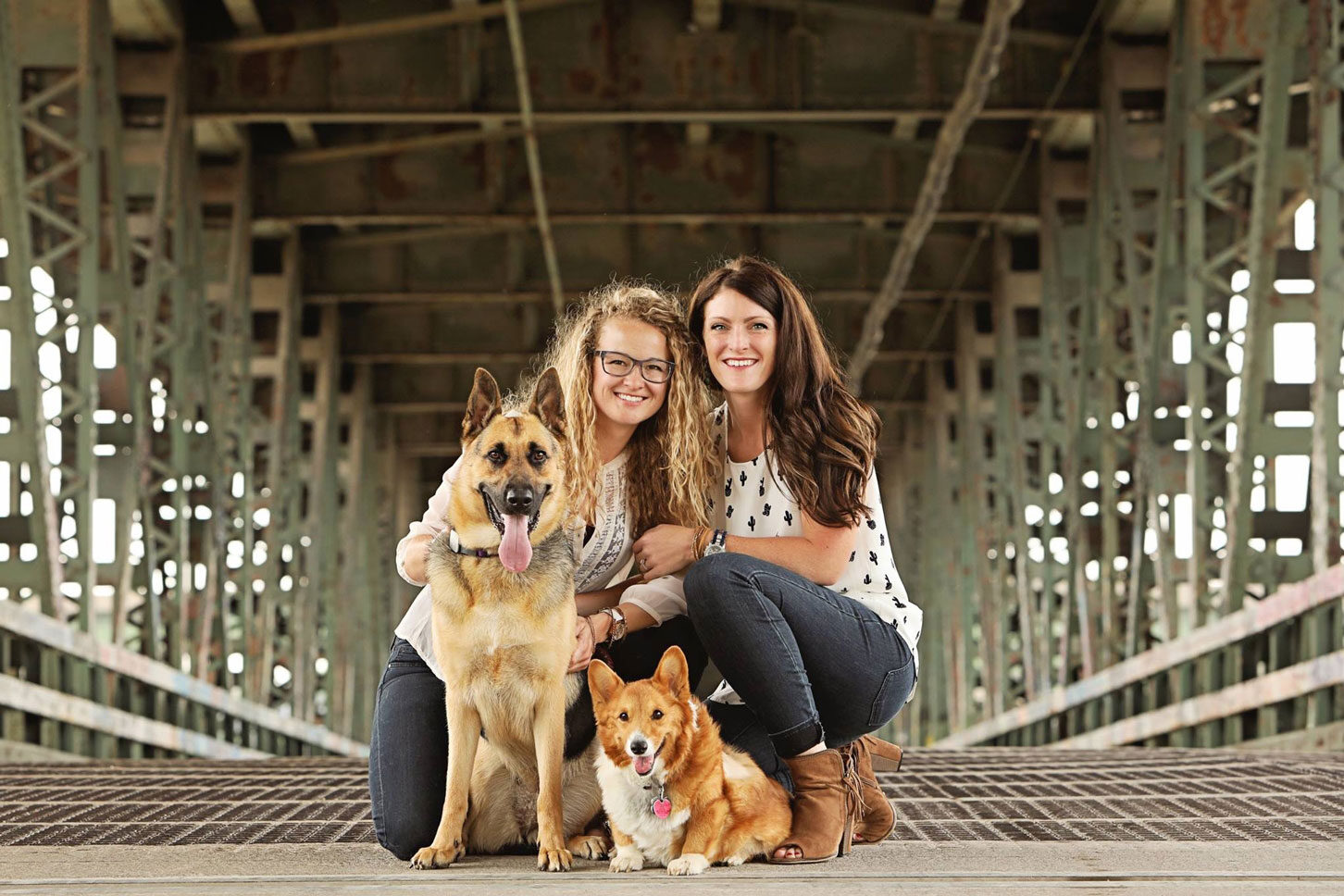 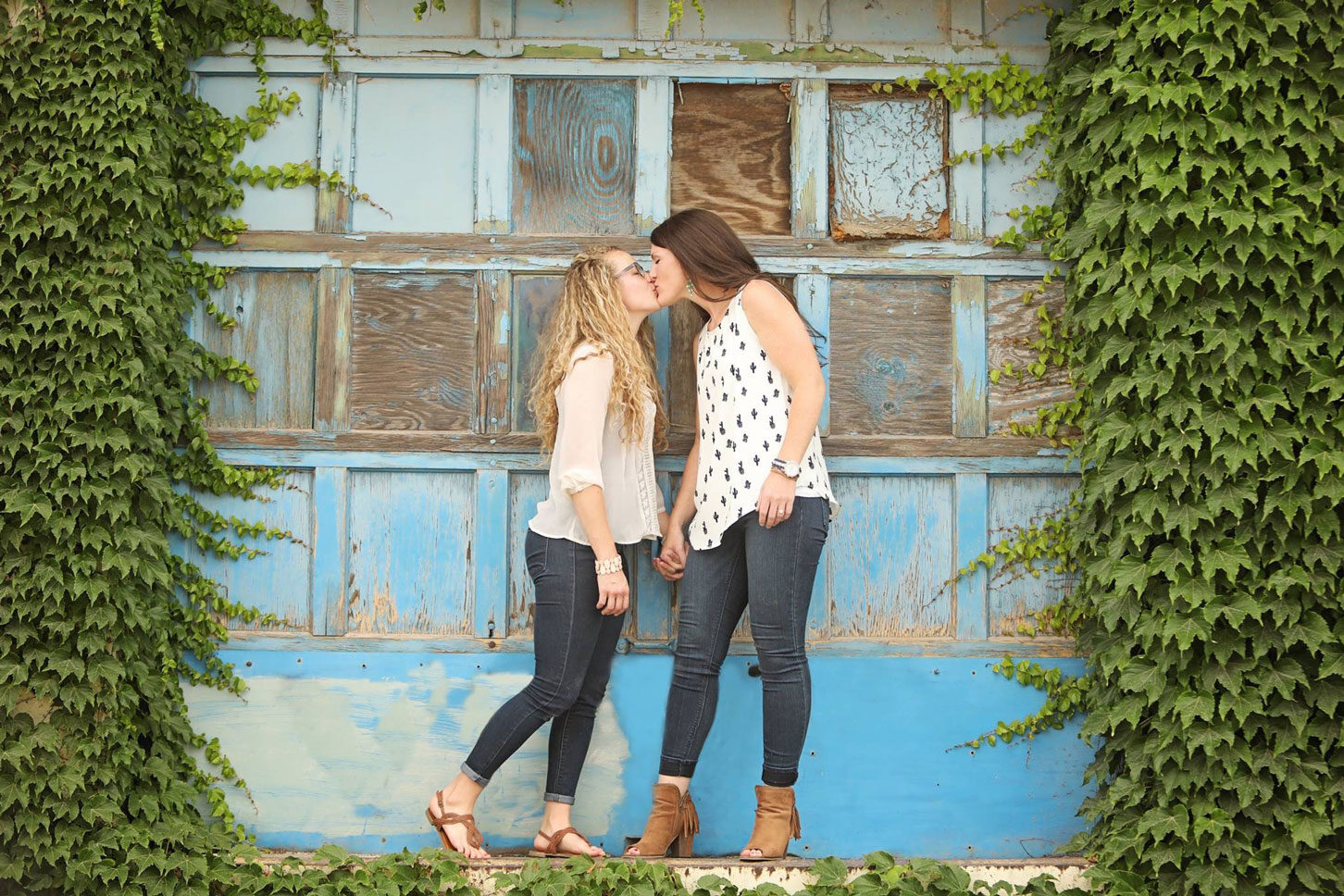 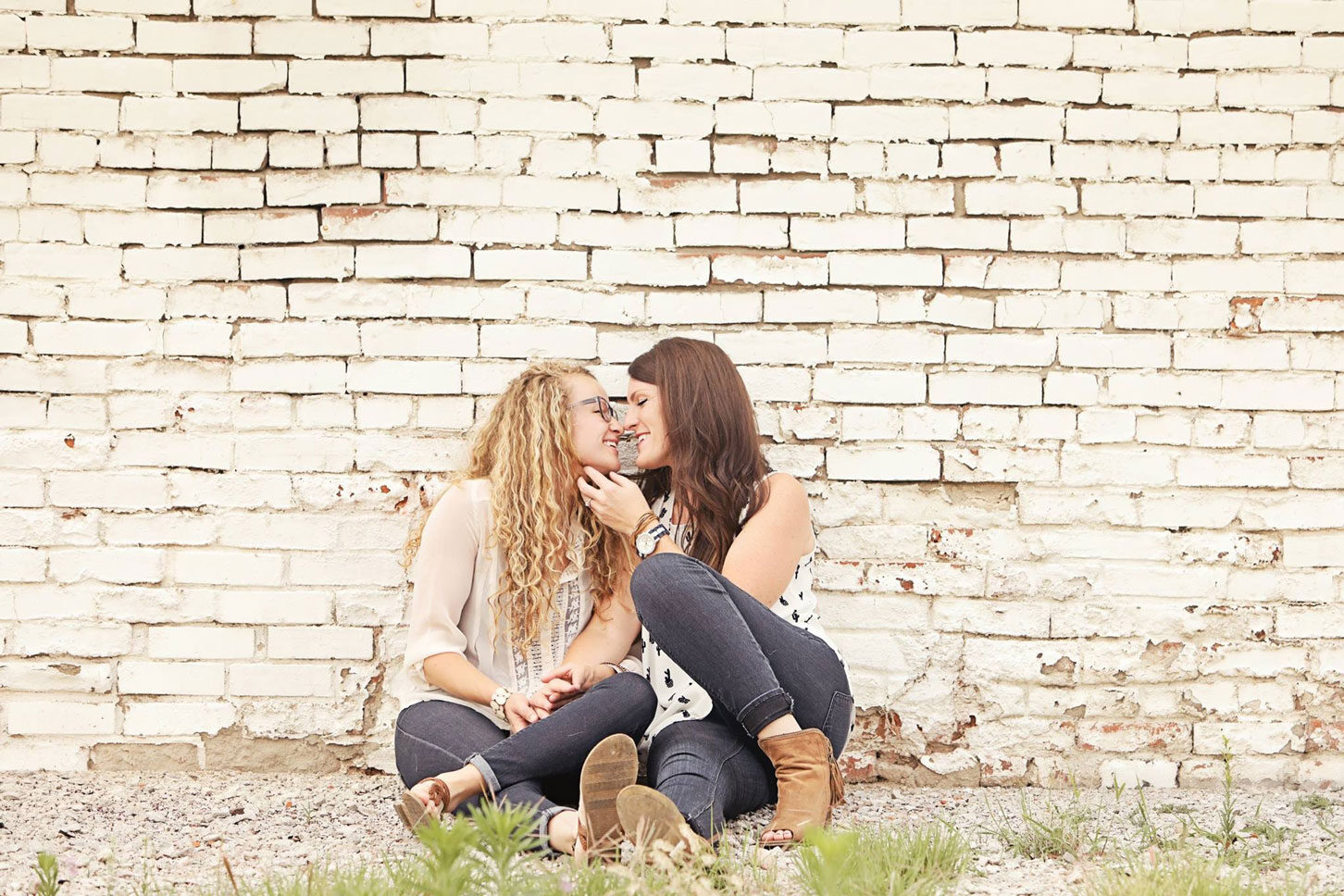 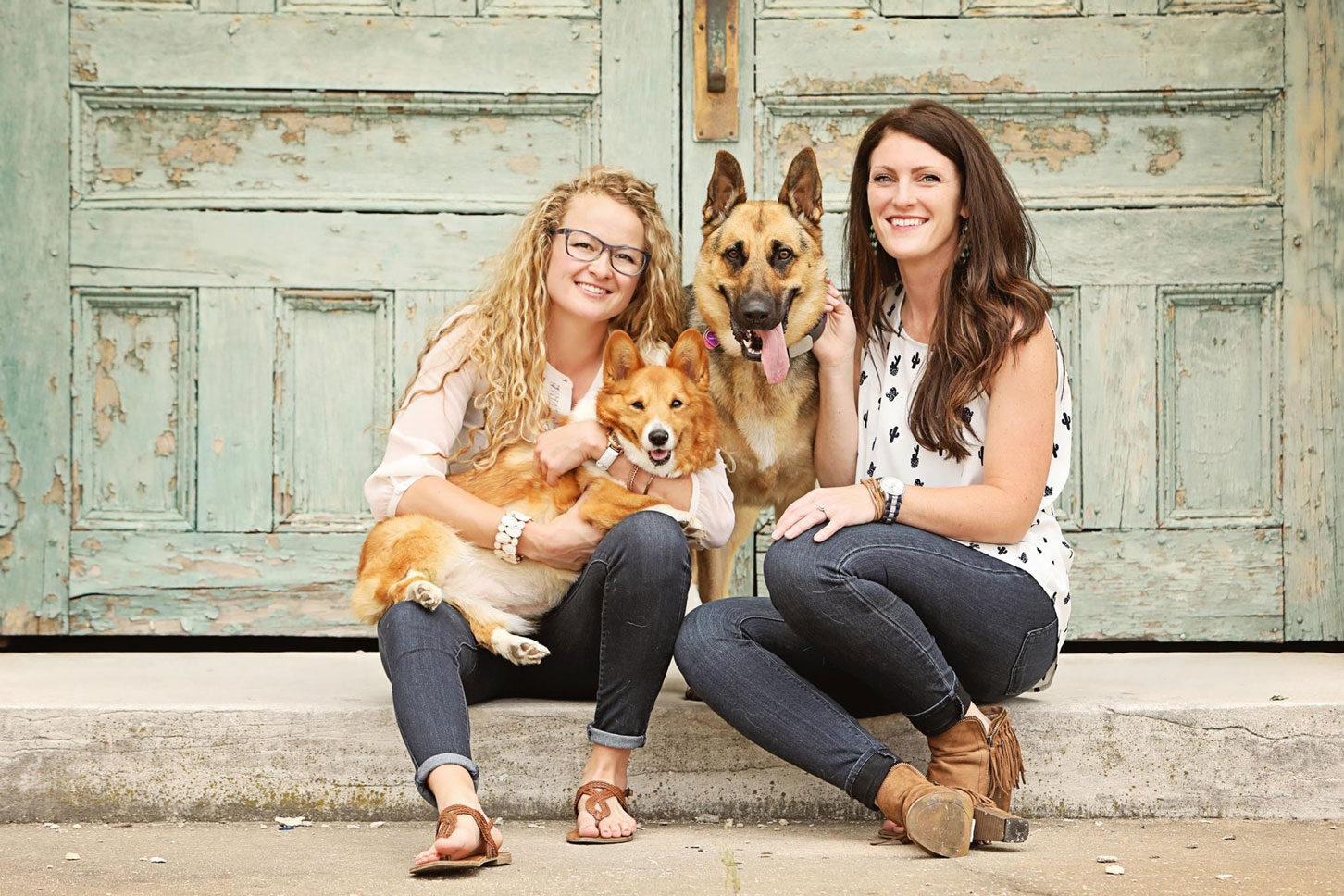 Melanie, a graphic designer and Sophie, a Senior Administrative Assistant in a non-profit, live in the Denver Metro area. Melanie is originally from Tennessee and Sophie is from France. The

June 28th 2015 Las Vegas, NV Casi, a successful personal trainer and Tessa, a hardworking mother of three, met when neither was looking for love. When Tessa hired Casi as