Melissa is a clinical specialist for a surgical sales company and Heather is a special education teacher in New Jersey. They met online in 2013 and officially started dating July 5, 2014. Melissa proposed while they couple was apple picking, on October 3, 2015. Says Melissa, “While she was picking an apple I said, ‘How about this one?’ She turned around and I got on one knee and gave her the apple with the ring.”

Melissa was escorted down the aisle by her parents then Heather was escorted by her father. During their ceremony the brides had a unity glass ceremony, which is similar to a sand ceremony and represents two becoming one. Say the brides, “We will go back to the glass blowing studio, Hot Sand, in Asbury Park NJ, to work with a glass blower and make a piece from the glass used in the ceremony.”

The newlyweds had a first dance to “Me and You” by Kenny Chesney.

Say the brides, “We both love country music and really liked the lyrics to this song.”

Heather’s Favorite Moment: “Getting ready with the girls in the morning, then later when our officiant Lydia said, ‘I now pronounce you wife and wife; kiss the bride!’”

Melissa’s Favorite Moment: “I would like to say the entire day, but if I had to pick a specific moment it would be watching Heather walk down the aisle toward me.”

Asked if there’s anything they would change, the brides say the day went smoothly and that the weather was gorgeous. They do, however, wish they’d eaten during cocktail and had more of their wedding cake than the bites they fed to each other.” 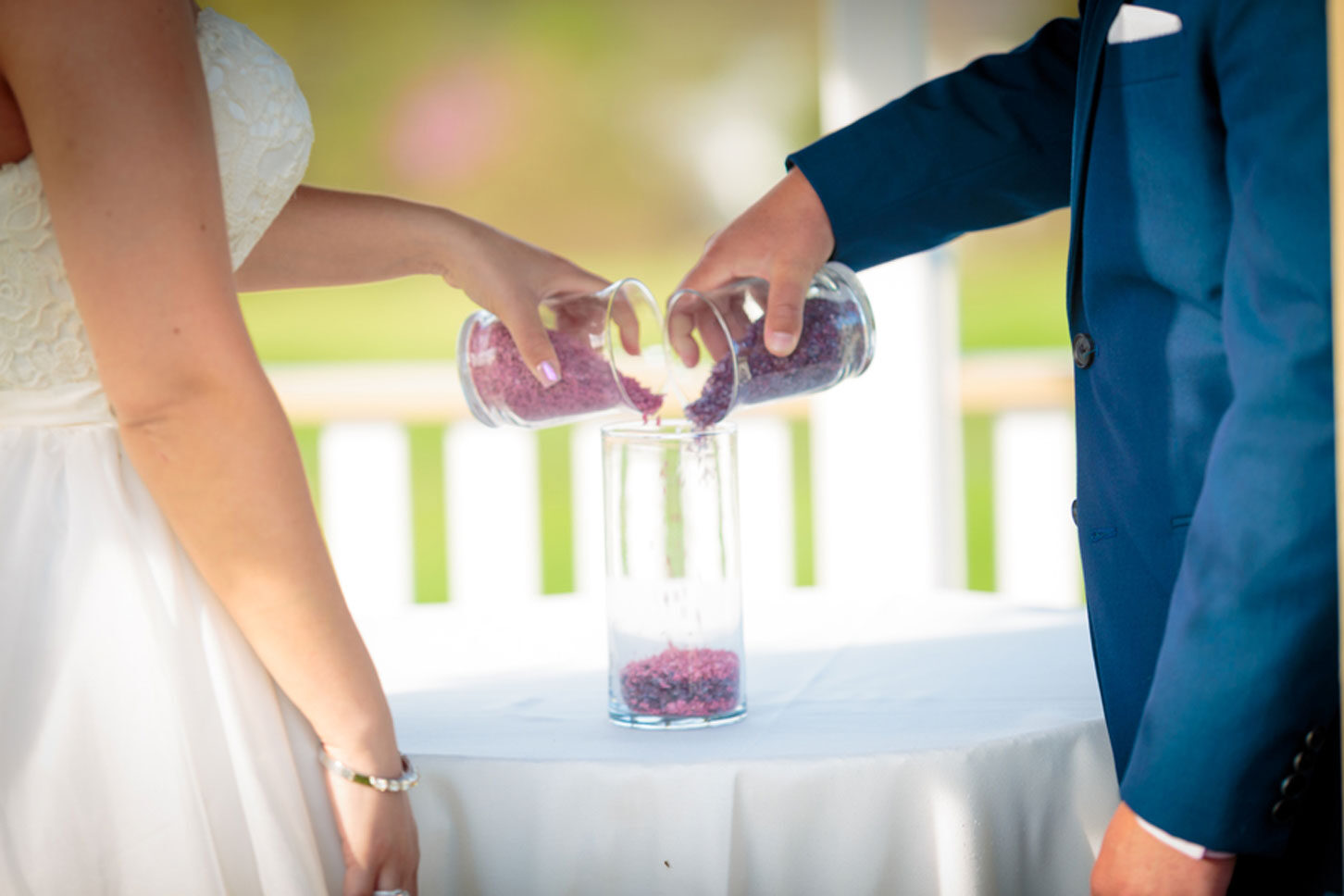 Jennifer and Jessica of New Orleans, LA met at a party in February 2012. Says Jessica: “I was there by happenstance as we shared a mutual friend. Neither of us

Sincerely Pete Events was founded by Sarah Petersen, aka Pete! She began working in hospitality over 15 years ago and has been planning weddings & events for over 12 years. Sincerely